Okay, now that I'm pretty much set up now at my new digs, here's some stuff that caught my online eye.
Never Forget.
I recently became aware of this awesome documentary project called Rewind This! The brainchild of three Austin filmmakers (Josh Johnson, Carolee Mitchell & Chris Palmer), it chronicles the rise and fall of the VHS format. The amount of eye-widening sparks of recognition for me in the trailer below was astonishing.

After a wildly successful Kickstarter campaign, it looks like the funds needed to complete production have been reached. Even better, a trip to Toronto has apparently just been added! For more info on Rewind This!, visit the website here.
Just The Right Size.
Fellow Toronto cinephile Tal Zimerman recently started up a fantastic Tumblr page called 27 x 41". Although it focuses on the many types of promotional materials in his vast collection, my favourite stuff is the mind-blowing, foreign market film posters. Here's just a taste. 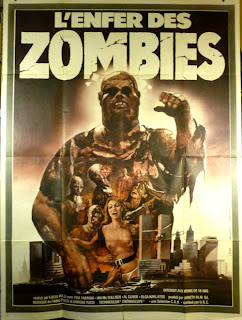 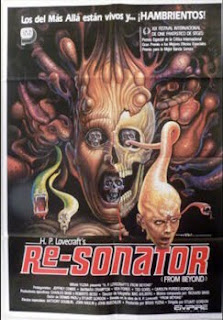 To visit 27 x 41", click here.
From One JC To Another.
Lastly, I didn't want the great John Carpenter's birthday to go by unacknowledged. Last Monday, he turned 64. I happened to see a JC montage from YouTube user raphadpm in my Facebook feed, and wanted to share it. Happy Birthday, John!

It's a shame that the video's from 2009, and thus excludes The Ward. I seem to be one of the few people who actually dug his last flick, but it would've been nice just in the interest of completism.
That's all for this edition. You must now excuse me, as I have a biiiiig stack of boxes to sort through.
Posted by Jay Clarke at 10:22 AM