There have been some sizable genre additions to the Canadian Netflix catalogue over the last few months, so here are some suggestions for the next time you are browsing around.
In my 2011 wrap-up post a few weeks back, I mentioned two films that really impressed me last year. The first was a cold pick from the shelves of Eyesore Cinema called Kidnapped. It is a Spanish home invasion flick that not only has the punch that most Euro-horror titles of this ilk deliver, but it is also a technical marvel. I wasn’t exaggerating when I said that images from this piece stuck in my head for several weeks. 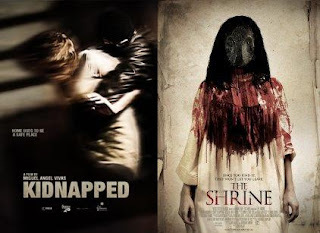 The second title is a very underrated Canadian horror flick called The Shrine. Actually, underrated is not entirely accurate, as it never really got a release to gauge it one way or the other. Very few people have seen this movie, which is a shame because I think it’s a real gem. The thing I most respect about director Jon Knautz is that for his sophomore effort, he didn’t just take the easy route and make Jack Brooks 2. No, he made a conscious decision to pull a one-eighty and do a straight up horror film. 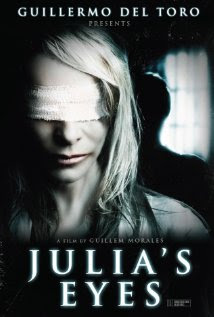 Next up is Guillem Morales’ Julia’s Eyes. Belen Rueda puts in another fantastic performance as the title character, even if the film as a whole didn’t resonate with me as much as The Orphanage did. The film is still beautifully shot, and the way the plight of Rueda’s character is explored is quite chilling. Even though some of the storytelling choices kept this from being a home run for me, this is still an effective thriller well worth your time. 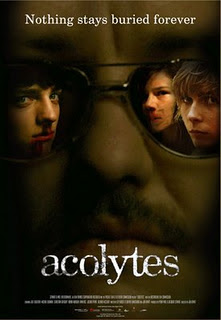 Taking a trip down under, Jon Hewitt’s 2008 thriller Acolytes is on Netflix now, as well. This movie has the delicious premise of three high schoolers finding out a serial killer’s secret and then trying to blackmail him into killing their own tormentor. Of course, it doesn’t go quite as planned. Yes, it is every bit as dark as you would expect. Initially, I wasn’t crazy about this movie, as I had problems with the motivations of some of the characters. However, after coming back to it a few years later, it didn’t bug me as much, so I’m now comfortable recommending it to you all.
Perhaps the most impressive section of Netflix is its television catalogue. Just recently, they added Twin Peaks and the first three seasons of Dexter to their ranks. I have been rewatching the second stanza of the latter and reacquainting myself with Lila (Jaime Murray), one of the freakiest bunny boilers to ever hit the small screen. As for Twin Peaks, those uninitiated have no more excuses. WATCH. IT. NOW. 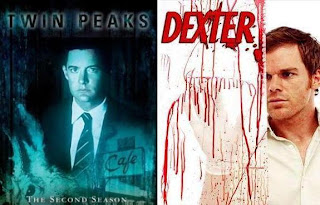 Glad to see THE SHRINE getting out there, keen to revisit ACOLYTES!

Thanks for pointing out these titles. I remember that you referenced some Netfilx movies back in your year review post. If you want to make it easier for me, you can come over and load it up on the PS for me? Maybe a tray of nachos and a Coke to go with that?