It is time again to recap what the small screen had to offer as the autumn chills set in last year. 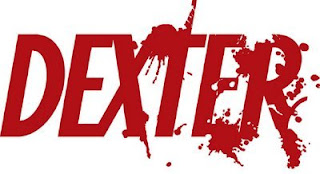 Dexter. Hoo boy. I am so thankful this is the last time I will have to say anything about this shitshow of a season. I’m sure my friends are by now sick to death of me bitching about this. The reasons for my recent ire are numerous, but in the interest of curtness, I will narrow it down to the paramount few. Dexter has a habit of starting off slow, so I wasn’t concerned that I wasn’t really into the storylines off the top. However, I think the turning point for me was when they killed off the ONLY interesting new character halfway through. Brilliant! Under normal circumstances, I could’ve just written this off as a poor decision, but that left nothing for me to latch onto. Quinn is a fucking joke now, Batista and LaGuerta haven’t been relevant since the third season and, for some reason, I was way ahead of the big “twist” involving the Doomsday Killers.
None of this though, was as boneheaded as the direction the writers decided to go with the last two episodes. This, frankly disgusting, development with Deb has basically made me question whether I even want to watch the show anymore. But, you know what the worst thing about this season was? The final shot was basically something that we’ve all been waiting five seasons for and this season fucked things up so royally, that by the time it rolled around; I didn’t even care. Tragic.
Anyway, let’s move onto something infinitely more enjoyable fare, shall we?

American Horror Story was basically my drug of choice this fall. It was so grim, so extreme, so… over-the-top ridiculous at times, yet I loved every minute of it. I would hate to be anyone who tries to do anything about a haunted house after this, because American Horror Story crammed every possible trope into its debut season. I mean you really needed a scorecard to keep track of all ghosts in this house. The creators lumped crazy plot on top of crazy plot and just when you thought it couldn’t get anymore insane, they’d throw on something else. And yet, for me, this unholy tower never toppled. I turned the corner on taking it too seriously around episode three when The Burned Man bonked Hayden on the head with a shovel.
However, because every single actor in the show was invested one-hundred-and-ten percent, I cared. I really wanted to see how this all played out. They made it easy for me to take everything – The Rubber Man, the Infantata, Vivien’s babies and Mena Suvari showing up out of nowhere as a certain legendary L.A figure – all in stride. Though the end game was pretty evident from about halfway, I was still very excited to see how they arrived there. American Horror Story was quality genre entertainment that really got its hooks into me.
It occured to me while I was putting the final touches on this post that I neglected to mention The Walking Dead. In short, I thought this season was marginally better than the first, but I'm going to wait until the show finally decides to get past the first ten issues of the comic before delving more into it.
Posted by Jay Clarke at 12:50 PM