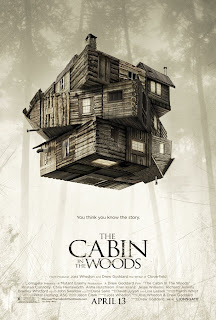 Five friends travel to a remote cabin, and things turn deadly almost immediately. They soon realize there is more to this cabin in the woods, than meets the eye.
Cabin In The Woods is a tough film to review. I want to tell you about how awesome it is, but at the same time I want you all to go in knowing as little as possible. I think the movie's tagline “you think you know the story” is a perfectly astute summation of the movie at its core. The Evil Dead-like façade of Cabin’s first act is really just the tip of the gravestone. 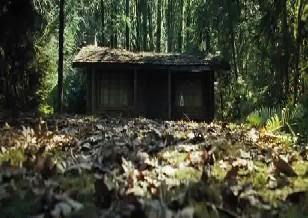 Joiiin usss...
First and foremost, this is a genre fan’s movie. It stands on the shoulders of the aforementioned Evil Dead and many, many others, but still remains fun, fresh and original. I’ve talked before about how homage walks a fine line, but it always depends on the inherent talent of the people behind the attempt. Joss Whedon & Drew Goddard understood that and made a movie they'd want to see, and in turn, what I would, as well. Like last year’s You’re Next, Cabin takes tried & true genre tropes and makes them their own. I suppose there may be some backlash from fans that don’t appreciate filmmakers messing with convention – and I can relate somewhat – but I’m afraid I can’t be part of their pity party on this one. 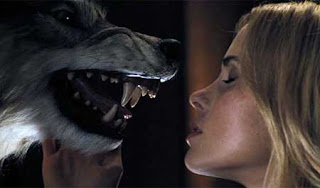 I think Whedonites are going to especially eat this shit up, and will be happy to see previous alumni Amy Acker, Tom Lenk and Fran Kranz show up within. There is also a special little cameo toward the end that I won’t spoil here. I think what puts this movie over the top for me is the re-watch factor. It’s really three movies in one. How that’s for getting your money’s worth? In the last third, there is literally so much going on, your brain can’t process it all. It’s really quite ridiculous how much they were able to cram in here. I can already see a Blu-ray freeze frame session in my future. The only real negatives I could come up with were that some of the night scenes were a bit murky, and injury inconsistencies were distracting at times. 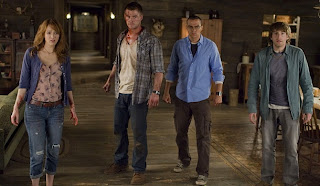 The director Drew Goddard was at the screening I attended and had some words to say afterwards. He talked about the long wait for a release – MGM’s money troubles shelved the movie for over a year – and how it actually worked in their favour. Not only did it give the production time to build up some buzz, but also one of the film’s leads, Thor himself, Chris Hemsworth, became a star in the interim. Goddard also spoke about the studio not really “getting” the material, but having a heavy-hitter like Whedon in his corner made all the difference. 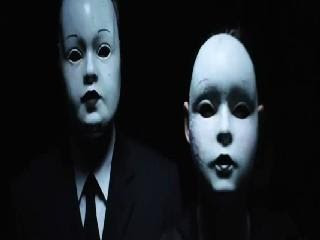 Don't worry, in context, this will all make sense.
I won't go so far as to say that Cabin In The Woods is a revelatory as such horror comedies like Evil Dead 2, Braindead and Return of the Living Dead, only time will tell. I will say however, that in this jaded, self-aware age of horror, it is pretty damn awesome. There is going to be a subset of horror fans that latch onto this movie with both claws. And with very good reason.
Posted by Jay Clarke at 10:02 AM

From scene to scene, moment to moment, you’re absolutely invested in seeing what happens next, if only to see what kind of tricks these film-makers have up their sleeves. It's also a film that’s as bloody as it is funny, but also scary at the same time. Nice review right here Jay. Definitely one of the funnest horror movies I've seen in quite some time.