It Came From The Archives 15!

I dislike the water. I begrudgingly learned to swim as a youngster – for the sake of self preservation – but I generally avoid such activities at all costs. I'd like to blame it on my fear of sharks, but to be honest, that phobia is a fairly recent one, as my first childhood viewing of Jaws was something I would describe as being more “cool” than “scary.” 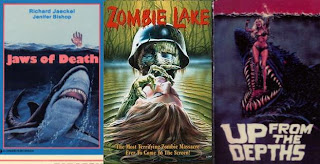 Now though, due to some increased sense of mortality, more recent films like Open Water and The Reef have the capacity to traumatize me for days.

I have this intangible feeling of vulnerability whenever I think about being in even the smallest body of water.  So, where does this come from? Jaws aside, I have to look back to the stuff I was absorbing as a kid. Well, there was Maria's death scene in The Legacy, which, as I've said before, is my first recollected horror movie experience. Then, there was that “walk-the-plank” bit in Alligator. And we can't forget Nancy's bathtub shenanigans in A Nightmare On Elm Street now, can we?  I guess all of this stuff collectively may have hit me on some unconscious level.

Then, there is this strange old board game I found in the archives called Monsters of the Deep. 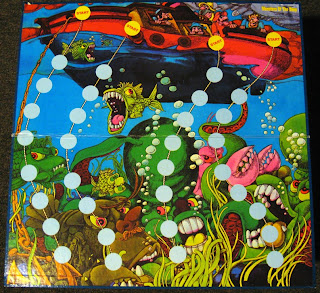 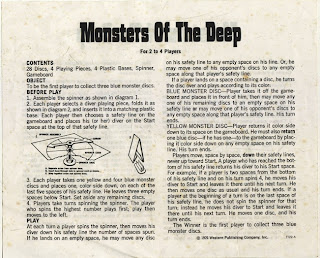 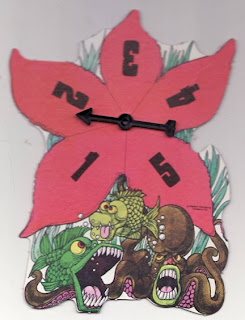 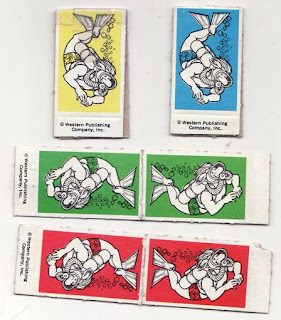 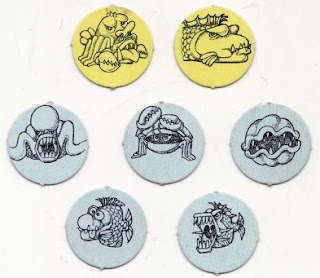 I suppose now it seems a little goofy, but as you can see, it still reinforces the idea that there are all manner of things with teeth and claws waiting underneath the surface.  Yes sir, a land lubber I shall always remain.
Posted by Jay Clarke at 12:55 PM