Hey folks, just dropping in with some horror tidbits before my busy weekend gets even busier. Enjoy!


I found a great poster website the other day called Poster Perversion. It has all manner of posters, lobby cards and other promotional items from films all over the world. As you would expect, my attention immediately to the horror/thriller section. Check out these samples below. 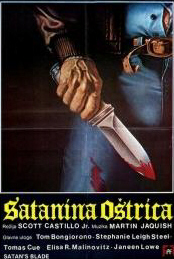 I find it hilarious that last one for possession slasher Satan's Blade is clearly just a zoomed-in section of the classic poster for Maniac.


Poster Perversion, curated out of Warsaw, Poland by Derrick Ogrodny is visual ecstasy, so check it out by going here.

In Death It Ends.


Colin Geddes recently turned me onto a British band called In Death It Ends. Most striking about them - or perhaps “him” as I what I could dig up leads me to believe this is a pet project of Rosetta Stone's Porl King - are the music videos. Don't get me wrong, I like the music, as it is the exactly the kind of drony, darkwave - is that what the kids are calling it these days? - I listen to while writing, but the videos are deliciously dark short films. Here are some examples below.


I found this poster in my inbox a few days ago. 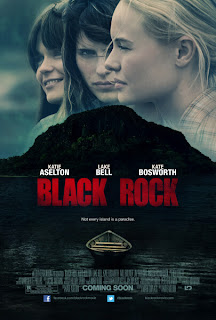 After disappearing following its premiere at Sundance last year, I'm glad to see Black Rock is getting some sort of release in May. I am a big fan of comedy power couple Mark Duplass & Katie Aselton, so it's cool to see them branch out into other genres. Despite the trailer being one that shows you pretty much everything in two minutes, I have put it below to watch at your discretion.