Hey everyone, just checking in before I consume copious amounts of unhealthy foods and beverages as part of my annual SuperBowl festivities. Here are some choice cuts from the week.


I came across this cool little video in my Facebook feed last week. Released this past Halloween, American musician Petra Haden created this vocally charged rendition of the theme from Psycho. Here it is below.


With Dead Space 3 being released next week, Visceral Games unveiled this awesome piece of promo from artist Ron Guyatt. 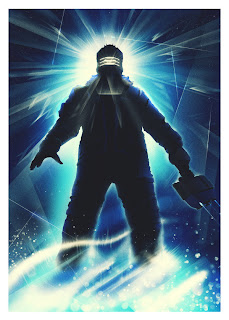 I am hoping that Dead Space 3 is more like The Thing, than the Gears of War clone the demo has led me to suspect, but I guess I will see soon enough.


With the upcoming release of the uber-anthology ABC's of Death on March 8th, Magnet posted this short teaser featuring some of the contributors. Here it is below.

I can't help but find it comical that two of the filmmakers who appeared in this spot were responsible for the best and the worst entries. ABC's of Death is now available on VOD.
Posted by Jay Clarke at 11:00 AM