Hey everyone. It's been a lazy weekend chock full of Netflix, but here are some weekly horrors to keep up the routine.


Did you know that New York is home to over seven-hundred horror movie locations? Well, filmmaker Ted Geoghegan (whose debut We Are Still Here just hit VOD this weekend) is currently putting together, with the help of resident New Yorker and Fangoria editor Michael Gingold, a tome that catalogues all such locations. 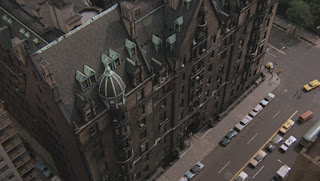 Past horrors have included flicks helmed by the likes of Lucio Fulci, Roman Polanski, Larry Cohen and Ivan Reitman. Click the image above to check out a cheat sheet of seven classic genre locations in The Big Apple.


I'm a big fan of The Duplass Brothers and it looks like they've returned to the horror well after 2008's Baghead with the SXSW selection Creep. Here's the trailer.


Sure, it just seems like simple found footage, but I can already tell from the trailer that this could be a really intense yarn. The film releases on iTunes later this month.


A few weeks back, I posted about some cool gaming technology called Night Terrors. By using their phone app, you can interact with any environment via augmented reality. This week, they released a second trailer, which you can see below.


The IndieGogo campaign is still going, and you can pre-order the app for just five dollars. Night Terrors is set to release in January of next year.
Posted by Jay Clarke at 10:00 AM