Good morning everyone. I hope you're all keeping well. Here's the news from the week just past.


As I'm sure you've all heard, we lost a giant of the genre earlier this week. Christopher Lee passed away at a hospital in London, England. He was 93.

Lee appeared in over two hundred films over seven decades. He is perhaps best known for his work in the Hammer horror films of the sixties and seventies, as well as his roles in The Lord of The Rings and Star Wars franchises, as Saruman and Count Dooku, respectively.


Growing up the Roger Moore 007 era, he was first introduced to me as the villain Scaramanga in 1974's Man With The Golden Gun, but I would obviously seem him countless more times as my love of horror grew in the eighties. I count his roles in 1973's The Wicker Man and Horror Express among my favourites. To give you an idea of the scope of his career, check out this wonderful illustration by Andrew Barr.

May you rest in peace, Sir Lee.


Onto lighter news, the Fantasia Film Festival announced the next group of titles it will be screening next month and there are definitely some standouts. 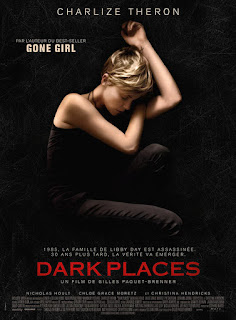 
About five years ago, David Kelly came onto the horror scene with his Hammer produced Wake Wood. Now he returns with Cherry Tree, a film about good intentions gone awry. 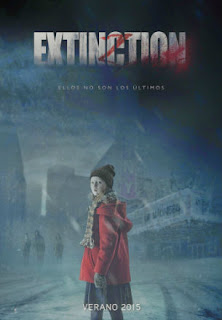 Anyone who saw Kidnapped (Sequestrados) at Fantasia a few years back will no doubt remember Miguel Angel Vivas. This year he returns with his first English language film Extinction, a post-apocalyptic monster movie which is rumoured to have astonishing practical effects. Sign me up.

Fresh off the Cannes film market is Nathan Ambrosioni's Hostile.


Now sure, it might not seem like this is anything new, but I should mention that Ambrosioni is fourteen years old! Dubbing a movie onto another VHS was the extent of my filmmaking skills at that age, so I think this is pretty impressive.


On the science fiction side of things, we have Synchronicity. Jacob Gentry (one of three filmmakers that gave us The Signal in 2007) has returned with this effort about the repercussions of time travel. 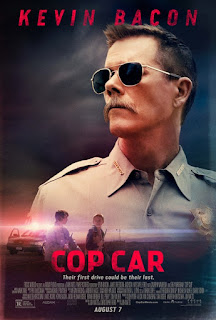 Fantasia also a glut of films from previous fests that I am itching to see, including Cop Car, The Hallow and The Invitation. Only just over a month to go!!!


Cinephile Richard Vezina made this wonderful tribute to both Stanley Kubrick and David Lynch by posing the question, what if Lynch had directed the 1980 version of The Shining? The results are pretty fucking lovely.


Vezina had made previous tributes to Kubrick and Lynch individually (which you can watch here and here) but this is definitely his best video yet.
Posted by Jay Clarke at 10:00 AM