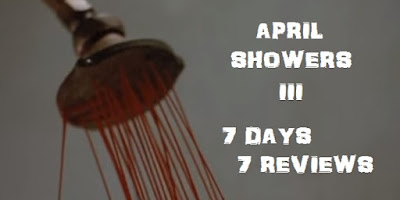 Sadly, Karyn Kusama’s The Invitation didn’t get a theatrical run here in Canada, but fortunately I discovered that the VOD offerings through my PS4 went deeper than I thought. A few clicks later I was transported to the Hollywood hills… 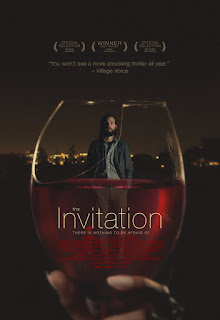 While attending a dinner party thrown by his ex-wife and new boyfriend, Will (Logan Marshall-Green) begins to suspect sinister intentions.

This film was excellent and likely the best piece of writing I’ve seen in a long while. I was really impressed by how well tension was built. Through nothing more than innocuous character interactions, the uncomfortable dynamics of this piece were quickly laid out and left to simmer. The situation was so relatable, as we’ve all been places we’d rather not be, but stayed because of some perceived obligation.

I can’t talk enough about how well put together this movie is. Obviously, a huge chunk of that was due to the the sharp script by Phil Hay & Matt Manfredi, but Kusama’s vision of how to best convey it cannot be understated. Just something as subtle as placement and blocking of characters within a scene had weight. 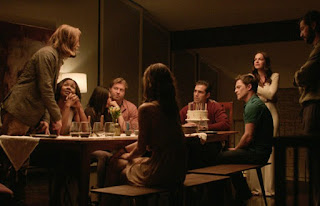 The Invitation is one of those movies where the less you know, the better, as it is best to just let the movie unfold organically. It doesn’t take a genius to figure out the ‘what’, but the nuts and bolts of the ‘how’ and ‘when’ seemed to fluctuate from scene to scene. And because the film was populated by relative unknowns, everyone was on an even playing field.

I think the most refreshing thing about The Invitation was that it is of a singular vision. Kusama, Hay & Manfredi spent a lot of time, not only getting this film to the screen, but also making sure that they made no concessions while doing so. Kusama’s last two projects (Aeon Flux & Jennifer’s Body) were both cautionary tales about studio interference, so it's very cool to see that her creative spirit is still as strong as ever. And the icing on the cake is that audiences seem to be also graciously accepting The Invitation. As they should.


I enjoyed this film from top to bottom, and will be shocked if it doesn’t end up on my best list at the end of the year.
Posted by Jay Clarke at 11:00 AM