Last night’s screening of Jennifer’s Body was absolutely crazy. With all the paparazzi there, the red carpet outside the Ryerson Theatre seemed like one gigantic flash bulb. In addition to the stargazers stacked three deep to see Megan Fox appear, there was also a perhaps even larger – and certainly louder as the shrieks could be heard from blocks away – female contingent awaiting the arrival of former O.C. star Adam Brody. It was nothing short of bedlam. Once everyone got seated, the cast and crew came up on stage to introduce the movie. It was no surprise that Megan Fox looked positively striking in her black dress and old-school starlet do. 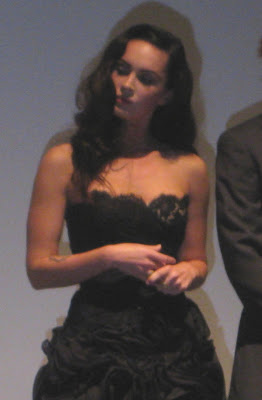 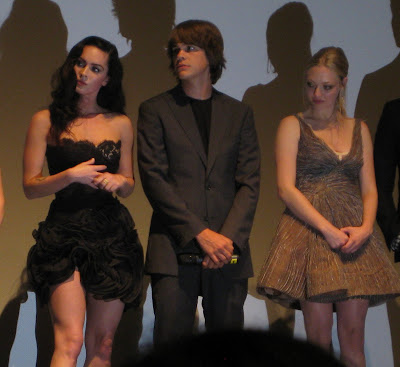 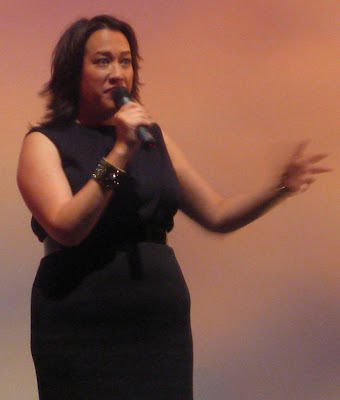 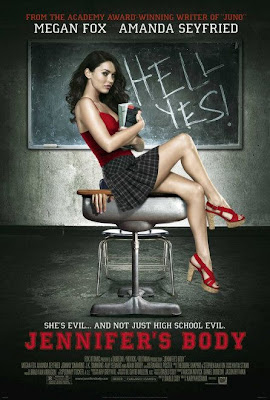 After high schooler Jennifer (Megan Fox) is possessed by a demon as the result of a botched satanic ritual, her best friend Needy (Amanda Seyfried) must stop her from consuming her fellow students.
I had a lot of fun with this movie. But, let’s face it – this was not a hard sell for me. I think my only reservation going in was how much ‘Juno-speak’ there was going to be. Diablo Cody may have won an Oscar, but that doesn’t change the fact that I didn’t buy a good chunk of the stuff uttered by the characters populating her debut, Juno. Fortunately, this is not the case with Jennifer’s Body. The dialogue is still unquestionably Cody’s, but this time around I believed that people might actually say the things coming out of Fox – who has a lot of the best lines – and Seyfried’s mouths. Hell, I can see MYSELF using the term ‘freaktard’ given the next opportunity. If I got anything from the Q&A after the movie, it was that there is a huge amount of respect for Cody as her peers in attendance were quick to point out that this project was born of everyone wanting to work with her. 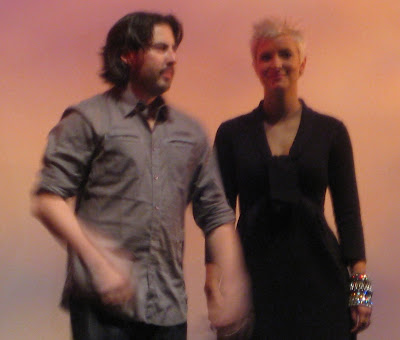 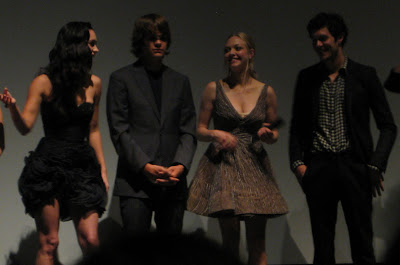 Let’s not take away from the other senses though, as the movie LOOKS pretty gorgeous, as well. And even if director Karyn Kusama hadn’t mentioned the cult classic Heathers in her introduction, the parallels would have been obvious, going even deeper than that they both involve high school-centric dark comedy. That being said though, make no mistake, this is meant to be a mainstream film. It still has the intrusive soundtrack-selling transitions – a point later brought up by Adam Brody’s character in a clever bit of self-reference – and a feeling that it is sometimes holding back. What sets Jennifer’s Body apart from the usual chaff Hollywood trots out are the two leads. Fox and Seyfried excel together onscreen and bring forth a rivalry I haven't seen the likes of since perhaps 2000’s Ginger Snaps.

All the bells and whistles aside from last night’s premiere, I had a very enjoyable time with Jennifer’s Body. But, as I said, I’m an easy lay.

Awesome Man! Not enough pics of Adam Brody...lol. I joke.