The nervous excitement throughout the crowd was palpable at the Midnight Madness screening for [REC] 2 last night and I am thrilled to report that it lived up to my already exceedingly high expectations. Boy, did directors Jaume Balagueró & Paco Plaza ever bring their 'A' game! 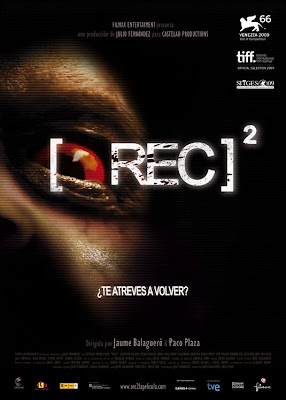 [REC] 2 picks up fifteen minutes after where the original left off, as a doctor accompanied by a four-man SWAT team enter the quarantined building to access the situation.

I think the thing I most admire about Plaza and Balagueró is they were not content to just give us more of the same. They expanded on the stuff touched on at the end of the first film and took it in a new direction. I'll leave it to you to decide whether you like that decision or not, but I loved what they did. Whereas [REC] was seen through the eye of a single camera, the sequel employs several as there is one mounted on each of the SWAT members. This makes for some inspired editing, as we get multiple views of the action throughout. There were even some moments where it felt like I was in a first person shooter. As with the first, there are some masterfully nail-biting set pieces that really got the crowd roaring, especially one towards the end where the camera continually switched back and forth from infrared to spotlight. I'd say that the tension here almost surpasses the original, as these characters are now entering areas that we as viewers saw in the first film – and unlike them, we KNOW the dangers that lie within. Needless to say, there was very little downtime in [REC] 2. 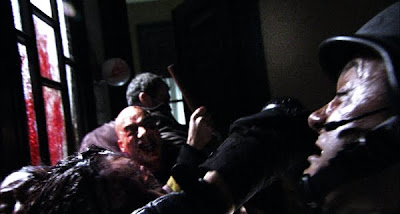 I also want to point out how seamless the CG is in this film. It is way more visually ambitious than the first, and they somehow manage to pull it off. When I did notice an effect, it was more because I knew it HAD to be digital, rather than it looked like it. If I can add one more accolade to the pile, it is how strong the third act is. Like its predecessor, [REC] 2 is a wonderfully crafted thrill-ride that never runs out of steam. 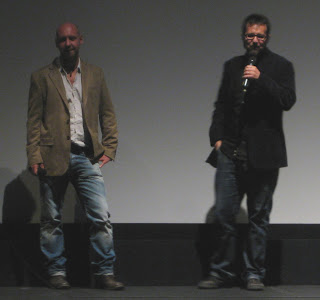 That's pretty much all I have to say about [REC] 2. You just have to experience it for yourself. My hat is off to this pair of Spaniards for delivering the best offering Midnight Madness – and perhaps the genre as a whole – has put forth this year.
Posted by Jay Clarke at 1:31 PM