The dark horse of the festival this year is an Australian entry by debut filmmaker Sean Byrne called The Loved Ones. Twitter was a buzz with praise for this film and I caught it a few days after its premiere at Midnight Madness. 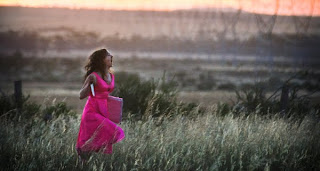 Before Brent can attend his prom, he is abducted and taken to a remote cabin. There he discovers that Lola (Robin McLeavy), the school shrew whom Brent rejected earlier that day, has her own party planned for the both of them.

I could have been all the praise and expectations, but I was a little underwhelmed by The Loved Ones. Don't get me wrong, this is a well made movie with great performances all around, but it didn't really break any new ground. The movie looks fabulous, employing a gritty, yet colourful palette ala All The Boys Love Mandy Lane and the music – including a sugary Aussie pop ballad that may rattle around in your head for a while – is well placed throughout. It also gets points for presenting an antagonist dynamic I don't think I've seen before. However, in the end there really isn't much more to it. I went into The Loved Ones completely cold, knowing nothing except that it was about a prom. I had this built-up hype in my head throughout the entire film. I kept thinking, 'it's gotta be about more than just this' and then later 'okay, something crazy HAS to happen in the third act, otherwise what's the big deal?' The Loved Ones made a few interesting turns, but I'm still puzzled as to what people thought elevated it from good to great. 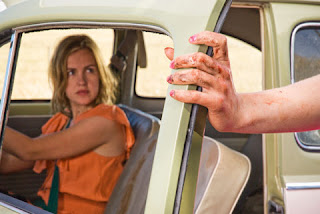 I have to be honest and say that my biggest problem with it has nothing to do with the film itself, but my perception of it. During the torture scenes, I felt very disconnected and this isn't the first time this has happened. I had the same reaction during my festival viewing of Fabrice du Welz's Calvaire in 2004. I have found that I am way more invested when the protagonist is female, rather than male. That's on me of course, but it is what it is. It also took me sometime to figure out why there was a secondary storyline in this movie. I've come to the conclusion that it was mainly to add contrast, as one boy has the worst night of his life, while the other has the best. It's fairly unorthodox, but not entirely unsuccessful. 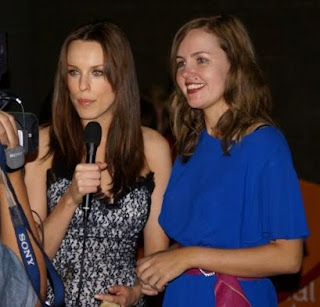 While The Loved Ones is miles beyond last year's Midnight Madness discovery film Deadgirl, it still didn't really thrill me. Sean Byrne has proven here that he is a skilled filmmaker with a great eye and I have high hopes for his future projects. As the aforementioned du Welz went onto make the exceptional Vinyan last year, perhaps Byrne's next one will equally impress.

Red Carpet photo courtesy of DirtyRobot.
Posted by Jay Clarke at 11:10 AM