The Return Of The Spierigs.

My first reaction after seeing the trailer for Daybreakers a few months ago was surprise. Identical twin brothers Michael & Peter Spierig had seemed to have all but disappeared after their 2003 debut Undead and here they were storming back with this flashy new vampire epic that starred A-list talent like Ethan Hawke, Sam Neill and Willem Dafoe. It was quite a leap to say the least. 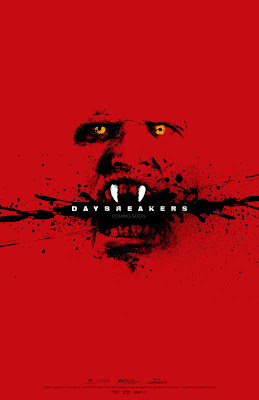 It is 2019. Earth is populated by vampires and the last remaining humans are hunted and harvested for their blood. Edward (Ethan Hawke) is a scientist trying to create a blood substitute before the world's supply runs out. When he is approached by group of humans offering a cure, Edward must decide where his allegiances lie.

Daybreakers is an extremely ambitious movie and, for the most part, I think it succeeds. Like last month's District 9, it takes a fresh and unique look at an old genre and it does it for way less money than the bloated offerings we see every blockbuster season. The Spierigs were aware of how huge this project was in comparison to what they had done before, even joking during the Q&A that just the contact lens budget was probably as much as the total cost of Undead. That didn't seem to phase them however. They are still the purveyors of big and bold ideas. Within the first ten minutes of Daybreakers they create an immersive world, reminiscent of Alex Proyas' Dark City, full of stark visuals that speak volumes. 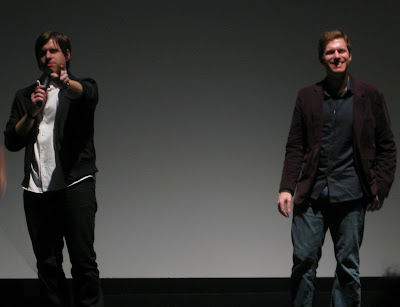 There are some excellent action set pieces in the first half that combined with the awesome sound design really pop. I don't know if the Spierigs were going for some sort of record for jump scares involving bats, but I think they broke it. As with the aforementioned District 9, Daybreakers is also improved exponentially by having WETA on board to do the effects. The Subsider creature designs were absolutely fantastic and the CG got better and better as the film progressed. The cast is great with Willem Dafoe especially fun to watch as the human rebel leader Elvis. He somehow pulls off tons of cheesy dialogue just because he is just that charismatic. Another standout is Isabel Lucas – who I actually had to be told was the fem-bot from Transformers 2 because I sure didn't recognize her – as Alison, another one of the humans on the run from the vampires headed by Sam Neill's character, Charles Bromley. 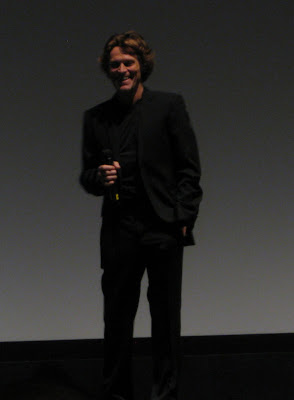 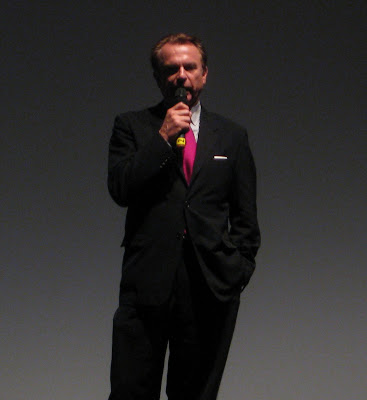 The movie isn't perfect though. It has a slow second act, and the last bit sort of degrades into a generic action movie. It also seems to collapse under the weight of maybe one too many ideas, but I don't think it really hurt my enjoyment of the movie. I appreciate new ideas, even if they don't gel together flawlessly. I really hope Daybreakers does well when it releases in January because then it will be another movie for filmmakers to point to when they are pushing to get original content green lit.
Posted by Jay Clarke at 3:23 PM