Hey all. Hope you're having a good weekend. I plan on not leaving my couch today, so this is where I am now blogging from. Here's what I've got for you this week.


The lineup for this year's Calgary Underground Film Festival was announced this week. In addition to the three great titles I saw at TIFF last year (Colossal, Free Fire and The Untamed), there are a wild array of works from around the world, a trio of which caught my eye.

Cate Shortland's thriller The Berlin Syndrome about a vacationing photographer (Teresa Palmer) who finds her self locked in the apartment of a local of whom she had a one night stand looks especially intense. As someone who has several friends travelling abroad right now, it's a constant worry that this shit happens in the world on a regular basis.


On the slasher side of things, we have Lake Bodom from Finnish director Taneli Mustonen, about a group of campers that try to re-enact a murder spree that happened in the sixties, only to have things go awry. 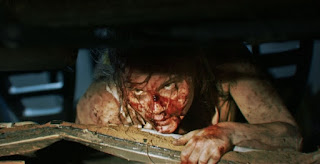 The premise has potential, and we all know that Europeans don't pull any punches when it comes to this stuff.


Lastly, is Jeff Baena's convent comedy The Little Hours, starring Alison Brie and Aubrey Plaza. After a successful premiere at Sundance, I am looking forward to seeing how well these two click together. CUFF is also playing the new David Lynch doc, The Art Life which I can't wait to get my eyeballs on when it plays her next month. 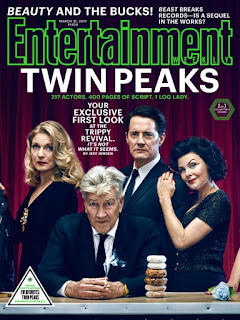 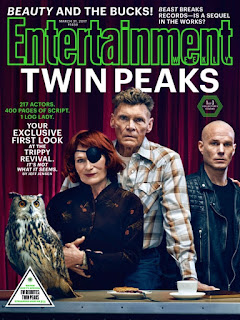 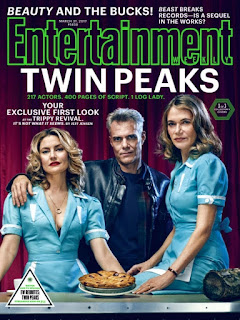 After reading Mark Frost's book, I can't wait to be back in this universe on May 21st. Also, Madchen. Love you always.


To cap things off, I just wanted to include this awesome Pet Sematary poster I found online. 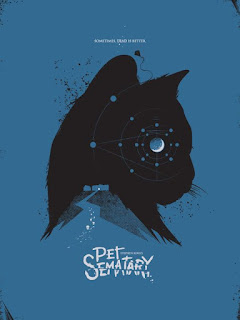 Due to its colour palette, I initially thought this might be a Lauren O'Neill, but turns out it is by the hand of David Moscati. Great minds think alike.
Posted by Jay Clarke at 1:32 PM