Hello all. I got some really cool stuff to trumpet this week, so let's get right to it.

Give Them Your Monies.


First up, I wanted to plug two current IndieGogo campaigns. Ten years ago, Scott Glosserman gifted us with his little meta-slasher Behind The Mask: The Rise of Leslie Vernon. Since then, he has been trying to get a sequel off the ground and is most recently using the momentum of this anniversary to take one last stab(!) at it with a limited edition comic book series. 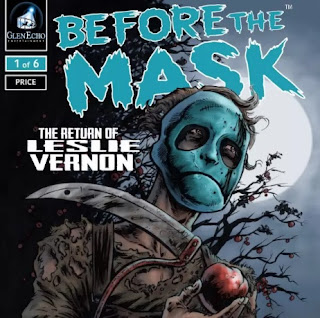 
I also wanted to let you know that the guys behind Harvest Lake and Plank Face have a new project coming up in the tradition of the space sex comedies of yore like Beach Babes from Beyond and Earth Girls Are Easy. It is called Space Babes From Outer Space and is currently taking Blu-ray pre-orders.

To get your very own copy reserved, click here.

Clocking In With Clay.

I saw this film last year at TIFF and its description of Battle Royale meets Office Space is about as apt as it gets. Check it out if you can.


I just wanted to lead you out with some great art from the week. Matthew Therrien was recently commissioned to do some posters for the limited theatrical release of Julia Ducournau's Raw. 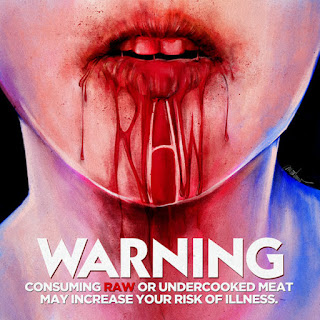 I love that piece and would gladly put it on my wall. You can also see the two variants here. For the softcover release of Grady Hendrix's terrific book My Best Friend's Exorcism, artist Hugh Fleming was brought on to make this new cover. 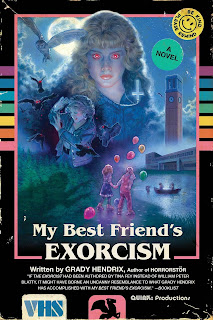 I love the eighties CYOA vibe of that cover. If you haven't read the book (or Hendrix's previous work Horrorstör) you should definitely get on that!


Alright kiddies. Tomorrow is the first day of Spring and to say I am awaiting it with open arms is an understatement.
Posted by Jay Clarke at 11:53 AM