This past week I finally got around to reading the ghost story, Horrorstör by Grady Hendrix. 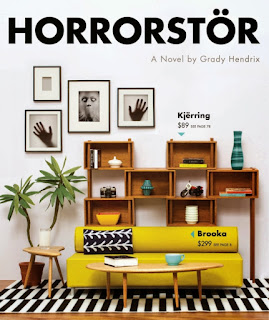 Products at the Orsk, an IKEA knock-off home decor chain, in Cleveland keep getting damaged after hours, so devout manager Basil recruits employees Amy and Ruth Anne for some dusk-till-dawn reconnaissance. However, they soon realize that their establishment is a very different place after dark.

This book came out last fall, but my 2014 book-a-month resolution kind of fell apart around October, when this was the next on the list. That said, I really enjoyed Horrorstör. It's an extremely brisk read that only took me a few days to tear through.

I think the book's greatest strength is its simple brilliance. Everybody knows that, by design, IKEA showrooms are disorienting, and we also know from decades of haunted house movies that they can often shift and manipulate themselves. Hendrix was clever enough to realize the connection between the two and use it as the basis of his tale. The central metaphor he put forth was thinly veiled, but worked nonetheless because it's sadly somewhat true. His insights into working retail, portraying it as a special kind of hell (anyone who has worked – or currently does – in it knows of what he speaks) made me crack a smile or two. 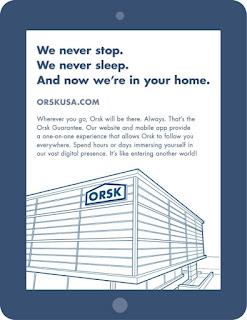 This insight was precisely why it's so easy to transfer yourself onto the main character. You may not be in the same desperate situation Amy finds herself in, but I'm sure you've felt the same dread of not wanting to go into work, yet knowing you have to. Hendrix also portrayed workplace politics quite accurately with all the usual suspects being represented, including the slacker, the career employee, the flake and the overachiever. We've all encountered them, and if not, you're probably one of them.

It wasn't just the story I was impressed with either, as the presentation is also top notch. The packaging and illustrations were bang-on, and the added touch of each chapter being headed by pieces of furniture (that grow more and more ominous as the story continues) from the catalog was pretty inspired. Using IKEA as a template, the world of Orsk was so well realized that if not for the disclaimer at the head of the book, I might have wondered if it actually existed, and we just didn't have them up here in Canada. 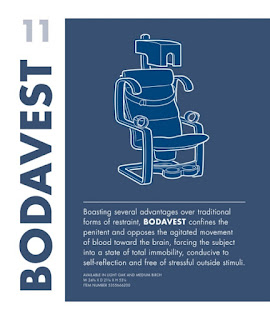 Hendrix is a journalist, but he's also a cinephile and one of the founding members of the New York Asian Film Festival. I can't help but feel that his knowledge of film helped inform his writing style. It was incredibly visual and felt like I was almost watching a movie while reading it. His prose doesn't make you have to fill in many blanks and that's a rare talent. I think, money aside, it would be very easy to adapt into another medium.


Horrorstör was a series of really neat ideas strung together in a compelling and well thought out narrative. Hendrix's storytelling is confident and the result was a great ghost story that might make you think twice about visiting your local Orsk... I mean IKEA. For now, until forever!
Posted by Jay Clarke at 10:00 AM