Hot Docs, Toronto's yearly documentary film festival wrapped up last weekend and thanks to a friend, I was fortunate enough to catch a few screenings.

I feel compelled to sound off on a short doc by Charlie Lyne called Copycat. The eight-minute piece poses that the idea for Wes Craven's 1996 self-aware slasher Scream was stolen from another filmmaker. A man named Rolfe Kanefsky made a film called There's Nothing Out There six years previous and Lyne draws a thread between the two films using a combination of narration, an interview with Kanefsky himself and supporting video clips.


It would be easy to peg Craven as the bad guy, a nefarious has-been who, looking to revitalize his career, came across someone else's property and passed it off as his own. It wouldn't be the first time it happened in the film industry. The problem is that, in this particular case, Lyne's (and Kanefsky's) theory doesn't hold water under scrutiny. 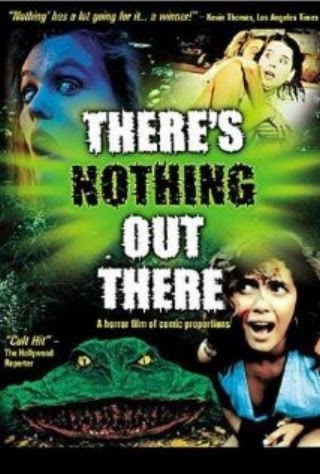 The crux of the argument is that at some point when Kanefsky's film was making the rounds, it came across the path of Wes Craven's son, Jonathan. Then, before Kanefsky could say “I'll be right back”, Craven began production on Scream. Diabolical! Only that Wes Craven didn't write Scream; a guy named Kevin Williamson did. His script, originally called Scary Movie, was conceived after hearing about the Gainesville Ripper murders in Florida.


Okay, well perhaps Williamson saw There's Nothing Out There beforehand? That too is unlikely, because we all know he has a certain style of writing that has remained consistent his entire career. It was there before Scream (in a script called Killing Mrs. Tingle that was written in the early nineties and finally made in 1999) and it was there in the projects following, from Dawson's Creek to Cursed.

I understand why Kanefsky is sour. His movie is solid and didn't get the recognition it deserved. Lyne points out that its obscurity upon release in 1992 was due to several factors, including Super Bowl weekend and the Rodney King video, but they come off sounding like excuses. Donnie Darko's initial release was buried by 9/11, but that film eventually found an audience. I like to think that good films get noticed, regardless of the odds. It just might take time.


And therein lies the thing to take away from Copycat. Though its argument is paper thin, at least it will create awareness of the film itself. There's Nothing Out There is actually a very entertaining movie. It's funny, clever and deserves a larger audience for which it may now receive. And who knows? If enough people see it, Kanefsky may get to make that sequel, aptly titled, This Isn't Funny Anymore!


There was another short doc I wanted to speak about, but I prattled on about Copycat a little longer than expected, so I'll leave it until tomorrow...
Posted by Jay Clarke at 10:00 AM