It's 2018 folks! Not the greatest start considering man baby numero uno just basically tweeted “my missiles are bigger than yours”, but let's try and forget we're a button push away from living post-apocalypse Bruno Mattei style and talk about some upcoming horror flicks, shall we?


I'm happy that two of genre's hottest directors, Robert Eggers and Jeremy Saulnier, have projects coming out this year. Eggers is following up his brilliant 2015 debut The Witch with an ambitious retelling of Nosferatu. I wouldn't blame you for being skeptical, but if there is anyone who can do justice to this vampire touchstone, it's him. 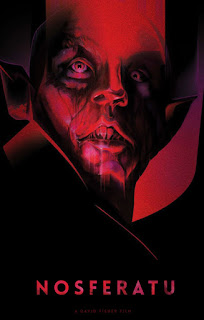 On the strength of Blue Ruin (2013) and Green Room (2015), we should all be very excited about Saulnier's newest project Hold the Dark. Adapted from the William Giraldi book, it stars Riley Keough & Alexander Skarsgård and takes place in the Alaskan wilderness.


I'm going to offer the theory that due to the strength of TV's Legion and last year's mega-hit It, horror has bled into the superhero genre and given us The New Mutants. Not that I wouldn't have seen this already with Anya Taylor-Joy & Maisie Williams in the cast, but with a trailer like this, I'm so in.


It looks like we get some promising giant monster movies this year - and I'm not talking Jurassic whatever. After almost two decades of attempts, the giant shark flick The Meg is finally coming to fruition as a Jason Statham action vehicle. Any port in a storm I say. 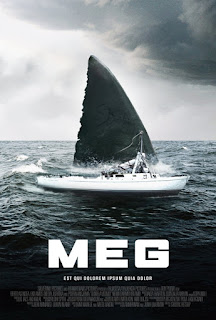 Perhaps a little bit more respectable is Alex Garland's Annihilation with Natalie Portman & Jennifer Jason Leigh. I like the trailer, even though it does have that whiff of disposable sci-fi. However, some of us probably thought the same way about Ex Machina at first glance.


Then there is A Quiet Place. I find the “silence is survival” hook really intriguing, but it's heartbreaking that the first thing I thought about after seeing the trailer was not “man that is going to be intense” but “all I'll be able to hear during the tense bits is fucking mouth breathers chewing their popcorn”.


In terms of the A-list creepers, Winchester has potential. The scares in the trailer look old hat, but I'm counting on the production design of the house and Helen Mirren and company to add the necessary gravitas. 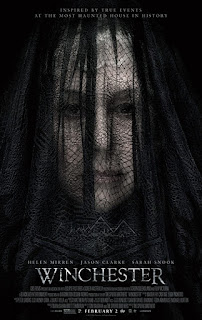 Out of the sea of sequels, two stick out as promising. Even though I don't really need it, I'll check out Strangers 2. They've had a decade to work on it, so hopefully it's good.


Then there's Halloween. I'm gonna give it a chance for three reasons - John Carpenter, Jamie Lee Curtis and Jordan Peele. No, I know Peele isn't involved, but when I heard about who was doing this new iteration of Halloween - or the Pumpkin Express I remember calling it - I thought what the fuck do these comedy guys know about horror? Then Get Out dropped like a fucking culture bomb. 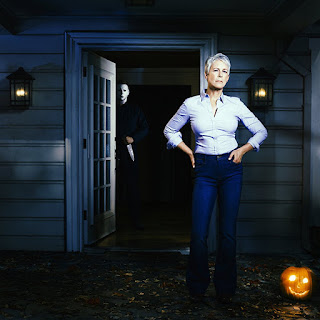