Okay, Christmas is just around the corner, so let’s get festive. Anchor Bay recently released the Canadian classic Black Christmas on Blu-ray. Now, I’ve already commented before on how superb and influential the actual film is, so this post is mainly about what this new Blu-ray edition offers. First, I’d like to mention that the sleeve artwork is excellent. I’m so glad they went with this and not the other atrocious cover I’ve seen slapped on this edition. 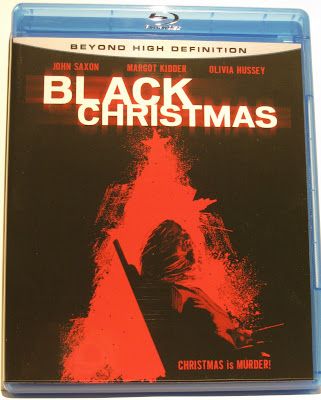 As far as the transfer goes, it looks pristine. However, the reality is that this film is over thirty years old and will never be as clear as something produced today, but it still looks great and the best it possibly can. The 5.1 audio also impresses. Every creaking floorboard and clock ticking inside the house can be heard with as much definition as the spoken dialogue. But, I’m sure you would rather hear about the special features on the disc. Sadly, there are no new Hi-Def extras, just the same ones that were present on this edition’s original release in 2006. Black Christmas historian Dan Duffin, creator of the expansive fan site itsmebilly.com, oversaw this edition. Once you have finished with this disc, I highly recommend you visit the site because there is some great material there, my favourite being a tour of the Toronto locations used in the film.

The 12 Days of Black Christmas is a twenty-minute doc featuring interviews with cast and crew, including stars John Saxon, Doug McGrath and Lynne Griffin. There is also a Q&A from a 2004 midnight screening with director Bob Clark, John Saxon and composer Carl Zittrer, mediated by Marc Edward Hueck, who I recognized from his stint on Comedy Central’s Beat The Geeks. There are also extended stand-alone interviews with Olivia Hussey, Art Hindle and Margot Kidder. Hussey’s is probably the best, with her coming off as lovely as you would expect. Art Hindle’s interview is of special note because he talks about the exact locations of places used in the film – I’m planning on doing a little tour myself next year. The thing that unites all three interviews is their absolute surprise that Black Christmas has survived all this time and garnered such a huge cult following. Unfortunately, the commentaries that were included on the Collector’s Edition released previously are absent from this disc. 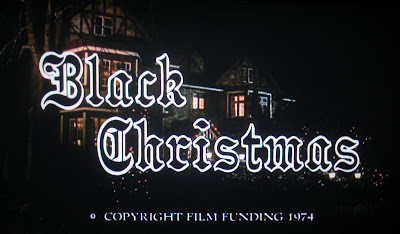 So, if you’re looking for some good Christmas viewing this holiday, I suggest the ‘yule-ish’ Bob Clark double bill of Black Christmas and A Christmas Story. I’ll keep a bottle of sherry hidden for you.
Posted by Jay Clarke at 5:46 PM