Day One: Slipping Through The Cracks

I thought I’d kick off the Blair Witch Week festivities by visiting some of the other projects directors Daniel Myrick & Eduardo Sánchez did after their big break in 1999. Myrick and Sánchez split after the disastrous Blair Witch Project sequel – which they really didn’t have much to do with, but we’re indelibly marked anyway – and went their separate ways. I tracked down some of these titles and will be reviewing them this week, leading up to my retrospective on the anniversary. First up is Eduardo Sánchez’s 2006 film Altered. This was a film that I didn’t even know existed until a few weeks ago. Serena mentioned it to me a few days before I went to a screening of Seventh Moon - Sanchez’s newest film. I’m really not sure how I could have missed this and it only lends more credence to the theory that getting out from underneath the crushing weight of the Blair Witch is an almost impossible task. 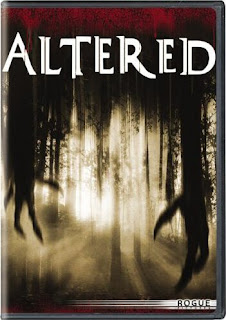 Altered is a good fucking movie. Like shockingly good. It could be that I wasn’t expecting much, but there’s a lot of stuff to like in this. There are many reasons why this movie worked for me. First, the special effects by Spectral Motion are top notch. They REALLY bring it! There’s one scene in particular where a character’s flesh is slowly being eaten away and a great shot of a layered torso actually got a verbal response from me. It reminded me of a similar shot from Deep Rising, except without the CG augmentation. It’s fantastic stuff. 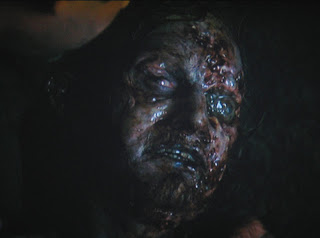 The creature designs are also pretty sick and Sánchez holds off showing them for as long as possible. I appreciated that the use of CG is very sparce. The only blatent use of it is towards the end of the film and this one sequence gives you so much information about the antagonists that no exposition is needed. This is the attitude used throughout the film. These characters have an entire history together that was shattered by one event fifteen years ago, but what actually happened is only touched on. The emphasis is put on what is happening in the here and now. There is very little fat in this movie. The story unfolds really well and always feels fresh somehow. Another success is that apart from a few wisecracks and a segment where the sheriff shows up, Altered is played completely straight. It is a tough job considering the subject matter, but I think Sanchez pulls it off. I’ll also say that it was good to see Mike C. Williams (Mike from BWP) again. He plays Otis, one of the five people fighting for their lives.

After viewing Altered, the question remains; why was this movie not a bigger deal? As far as I can tell, it didn’t even play the festival circuit. That’s a real travesty because I think this movie deserves an audience. When I was at the Seventh Moon screening in June, there was a trivia question of which Altered was the answer, and there were maybe three people in a crowd of hundreds who knew it. Sad. Hopefully, you’ll read this and seek it out because it’s a great piece of work well worth your time.
Posted by Jay Clarke at 12:15 PM