Day Two: Sánchez At The Bloor

Eduardo Sánchez's newest effort is a film called Seventh Moon. I caught it when it played here in June at The Bloor. 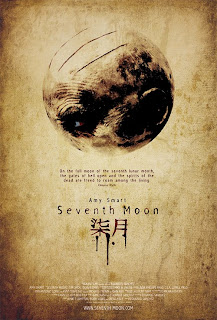 Melissa (Amy Smart) and Yul (Tim Chiou) are honeymooning in China, when their tour guide gets them lost in the middle of nowhere. After their guide disappears, they realize they may not be alone.

‘The less you know’ seems to be a running motif in Sánchez’s work, as he keeps the antagonists obscured for as long as possible. I do not know whether that’s a thematic decision or one based on budget constraints, but it is a style that he makes work very well. Sánchez has a really good thing going with Spectral Motion as they again provide the effects for the film. With all that said, Seventh Moon didn't have the effect on me that his previous film Altered had. Taking its inspiration from Chinese folklore, it builds tension well, stalls a bit in the middle, but battles back with a very claustrophobic sequence in a cave that recalls The Descent. However, Seventh Moon is not The Descent though, as a small plot hole and an anti-climactic ending bog down the story here. The shaky-cam was back in full effect as well, but for some reason it didn’t bug me as much as I was expecting. It was a nice surprise seeing Amy Smart star as Melissa, Yul’s other half. She has a lot more to do here than she did in last year’s Mirrors – even if her death scene was the centerpiece of that movie. The setup works because the two are believable as a newlywed couple, even if their honeymoon destination WAS a little off the beaten path. 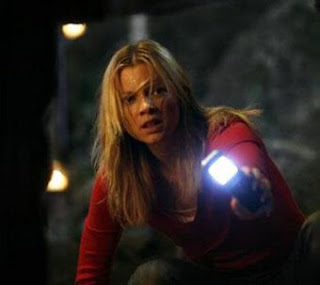 Overall, Seventh Moon is watchable fare. Eduardo Sánchez continues to prove that he is a competent filmmaker, but I think it just comes down to picking the best stories to tell. Eduardo Sánchez was in attendance at the screening and was receptive to questions about any of his works. Below is some video of the Q&A. Toronto-based film scholar Richard Crouse is the one filming and it looks like he was inspired by The Blair Witch Project while he was taking this footage. Mild spoilers within.