After a nice little break, I continued on with my viewings of the unseen titles on the Time Out Best 100 List. The two remaining entries to which I’d been most looking forward, were a pair from Italian maestro Mario Bava, Black Sabbath and Black Sunday. Today, I’ll be talking about the former. 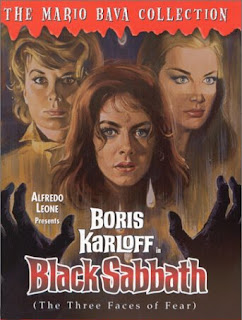 Black Sabbath (aka Three Faces of Fear, the original Italian version that I watched) spins three spine-tingling tales in this 1963 anthology hosted by Boris Karloff.

One of the most dependable constants in horror is Mario Bava. He rarely, if ever, disappoints and Black Sabbath is a shining example of that. In Italian genre film, you often get the beautiful visuals of the surreal and interesting, grounded narratives, but rarely in the same picture. You usually get one or the other, but I find that Bava balances the two effortlessly. The structure of Black Sabbath is very well laid out, sandwiching a supernatural story between two contemporary thrillers, involving revenge and greed.

The first story entitled The Telephone, is a wonderfully orchestrated piece of suspense. It features the beautiful and curvy Michelle Mercier terrorized by an unknown caller who seems to know her every move inside her apartment. Likely knowing they were the strongest of the trio, Bava puts the emphasis on the dialogue and performances for this one. However, even with this part being the most reserved visually, it is still gorgeous to look at. I was quite astonished to discover that this segment was apparently the first Italian thriller to be shot in colour. Bava had always been a master of lighting – just a way a shadow falls across a characters face can speak volumes – but I find it amazing that he could become so quickly adept at using colour in this context.

The second part of Black Sabbath is a period piece called The Wurdalak, and is about vampires that feed on the blood of those they loved while they were alive. It stars genre great Boris Karloff as the title character and Mark Damon. Damon, who in addition to his successful acting career, went on to become a legendary producer and is the man we have to thank for introducing Clint Eastwood to Sergio Leone. It is during this story that the visuals and mood kick into another gear. As I've stated before, it is impossible to watch a Bava film and not see something that was subsequently reappropriated by other filmmakers. I wager that director – and coincidentally Best 100 panelist – Guillermo del Toro was a big fan of this film.

Getting back to the use of colour, I have noticed that Bava tends to choose one and then use it to punctuate an entire piece. In 1965's Blood & Black Lace, that colour is red – the crimson mannequins and velvety curtains literally spring from the screen – and in Black Sabbath it is purple, which makes for some breathtaking shots. 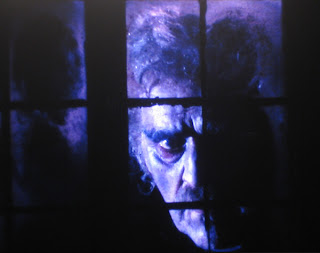 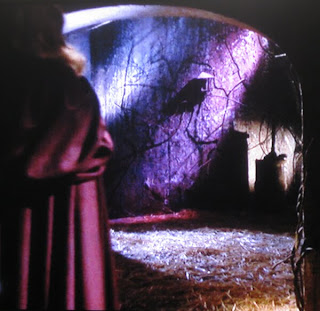 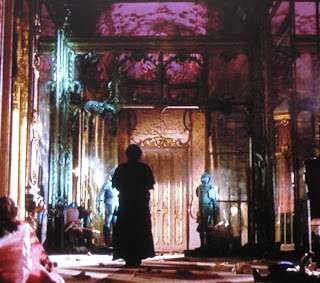 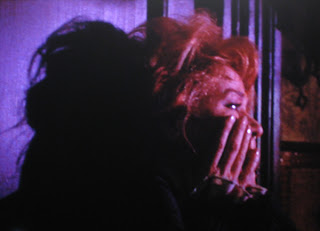 The last story, and my favourite, is The Drop of Water. It has a fantastic hook and a wonderful urban legend quality to it. It is the kind of story, involving Jacqueline Pierreux being haunted after stealing from the dead, that you can imagine yourself telling while sitting with friends around a roaring campfire. This story is also the most visual of the three with an antagonist that is the stuff of nightmares. Again, it was hard not to think of how many filmmakers this affected.

Not to sound like a broken record, but there can be no overestimating the importance of Bava’s work on modern horror. The Time Out crew were obviously aware of this, as Bava has four titles on the list, tying him with George A. Romero as the most prolific director on there. Check back tomorrow when I share my thoughts on Bava's 1960 debut, Black Sunday.
Posted by Jay Clarke at 10:00 AM

R U able to find most of these Time Out Best titles in video shops like Suspect and Queen St Vid, or are you finding them on torrents?

Torrents? What are those???

Actually, so far I've been getting them from the Queen St. video store Eyesore Cinema, and borrowing from friends. As the titles become more obscure though - Come and See for instance - I may have to explore other avenues...