Well, that was a packed weekend. Condensing all that happened at this year's Fan Expo into one post would be a fool's errand, so I'm going to split it into four parts.  This one will just concentrate on the show itself.  So, here we go.


With the show being extended to four days, I like to take Thursday to slip in, grab my pass and quickly walk the floor to get my bearings. Of course, the first place I headed to was the Toronto After Dark booth, as they were displaying the first ten titles (of the whopping twenty) that will be screening in October.  Those of you with sharp eyes & minds may be able to discern a few of the ten playing from the pamphlet below.

As the weekend progressed, the crowds got bigger and the usual problems resurfaced.  The Toronto Star even ran a piece about some of the disappointed souls that were turned away on Saturday - the busiest day of the Expo. It's unfortunate, but ultimately unavoidable at this point.  The show floor itself is manageable; it's getting in and out that is the problem.  I'm not sure moving to a larger venue is the answer, it might just be a matter of preparation. People need to be made aware that if you don't get there early, you're not getting in.


In my travels around the show floor, I visited the familiar faces I spoke of in my anticipation post and all seemed pretty happy with the turnout. Here's a pic of terrific artist Jason Edmiston's booth, but more on him later. 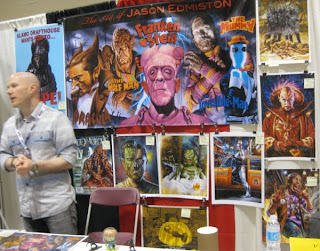 The Thing super-fan & collector Joe Hart was there promoting Thing-Fest. I mentioned I was at the last one in 2008, and he told me about some of the cool things they're planning for the 30th anniversary edition. 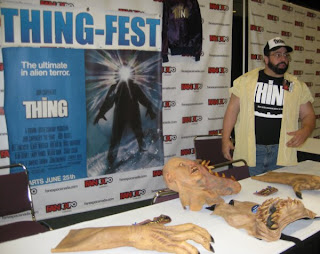 I am saddened that the actual horror arm of the Fan Expo seems to be getting smaller each year.  This was compounded by the lack of genre costumes I encountered. Sure, I could count on the old standbys... 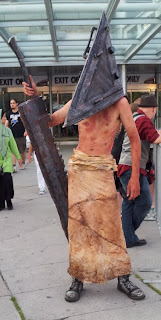 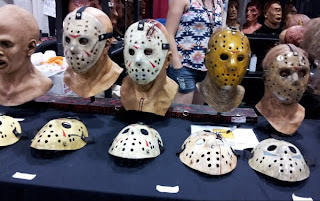 but they were definitely the minority this year. Although, AMC & Anchor Bay did have a sizable chunk of the floor to promote their horror wares. 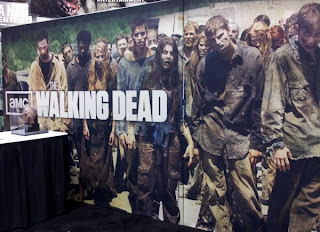 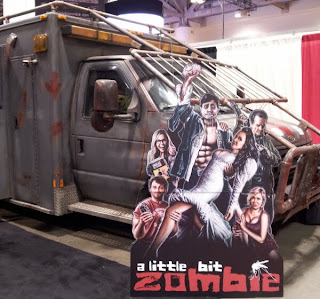 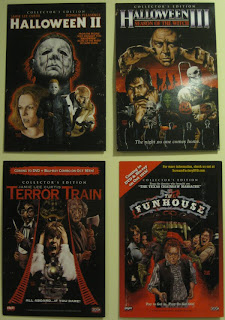 On the last day of the Expo, my buddy Schwartz & I ran into Toronto Batman, or as Schwartz likes to call him 'Angry Batman'.


As for purchases, I was even stingier than last year. Apart from a picking up a few T-shirts - like Twisted T's newest creation - and a Gary Pullin print, I kept my money in my pocket. It also helped that Schwartz gifted me this awesome Thai poster for Rats: Night of Terror that I had my eye on.


I would also wager the limited amount of time I actually had to walk the floor may have had something to do with it.  There was a crap-ton of events and activities going on this year, with surprisingly little overlap - or at least until the last day.  Tomorrow, I'll rundown the Q&A's I attended over the course of the Expo.
Posted by Jay Clarke at 3:00 PM