Before my 2013 wrap-up post, I wanted to talk about some of the comics I've read this year.

First off, I have to commend Image Comics for the fantastic job they are doing. You would think with the monster The Walking Dead has become that they would shy away from risking over saturation, but instead, they've nurtured two other undead titles over the past few years. 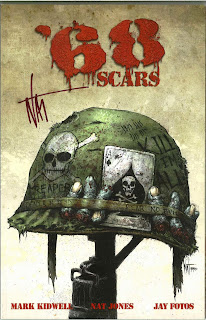 I spoke about '68 last year and wasn't aware that it was still going until I happened by artist Nat Jones' booth at this year's Fan Expo. He was a super nice guy and I was glad to walk away with a signed copy of the second trade. '68: Scars collects four more issues of the continuing story along with a one-off called Hardships.

I am still enjoying the wonderful colour carnage that this comic provides, but I think '68's strength is how well it juggles the multiple character threads it has going right now – on both sides of the globe. 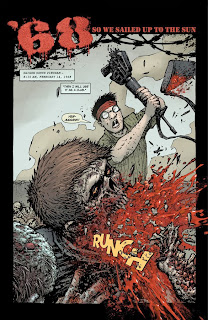 I also like how it this comic bends history. '68 ends each issue with some supplemental pages to provide context in just how close to reality the story actually is – sans zombies, of course.

The other Image series I wanted to speak of is Revival. 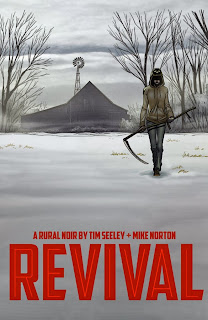 Written by Tim Seeley (of Hack/Slash fame) and art by Mike Norton, the trade above collects the first five issues. I like this comic a lot. The premise is quite intriguing, in that the undead are not only isolated to a small town – now quarantined by the CDC – but have also remained, for the most part, completely normal. Amongst all this chaos, Officer Dana Cypress also has to solve a brutal murder, as well.

Revival reminds me of a French film from a few years ago called Les Revenants, except I feel that this is does a lot more with the material. Revival is the kind of thing, tone-wise, that I was hoping Hack/Slash was going to be, so I'm pretty happy that Seeley is finally delivering on that. There's so much to like here, as it has surface undead stuff, but also an extra layer, quickly alluded to, that I can't wait to see explored, as well.

It was a very wise choice to make this story a crime noir, as well. With the numerous cool and likable characters that populate the town, the procedural nature of this story will keep it fresh for sometime. I could easily see this being made for television at some point.

One independent comic that caught my attention this year, thanks to Rue Morgue, was Terry Moore's Rachel Rising. 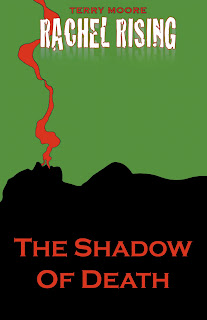 The above trade collects the first six issues. This comic is significant because it uses its undead element as a backdrop for a seemingly larger story involving angels and demons. Or at least, that's what I could glean from what I've read so far. I think what I find most striking about Rachel Rising is the beautifully illustrated art, which has a level of detail I don't see often. 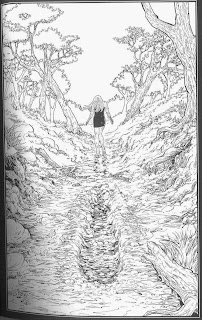 Now I realize I may be late to the party on those last two comics, as they've been going a while, but what the hell, they're new to me. Despite being a little behind on '68, and a lot behind on the others, it just means I'll be extra busy catching up in 2014.


Check back in a few days for the last DKTM of the year, followed the day after by my best of 2013 post.
Posted by Jay Clarke at 12:00 PM