I finally got a chance to write down some thoughts on the comics I've been reading over the past few months. Here's the lowdown on a trio of collections I picked up here and there. 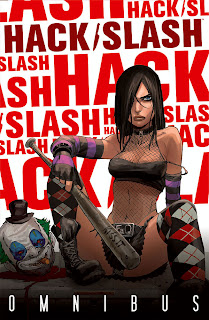 I've had this book for a while now and have wanted to dig into this series even longer than that. Created by Tim Seeley, it tells the ongoing story of Cassie Hack, a final girl who takes it upon her self to hunt down and destroy evildoers known as “slashers”. Aiding her in quest is a hulking, yet simple giant named Vlad. This book includes Hack's first seven adventures, as well as a few other goodies. I have to admit it took me a while to clock into the tone of Hack/Slash, as I was expecting it to be a lot less campy. It's also a bit of a tease in the nudity department, never really crossing over into hard “R” territory, but I got used to it. Ultimately, I was won over by some really fun and clever story arcs and larger-than-life villains. 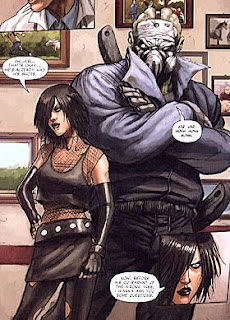 Each story brought something to the table, but I think Slice Hard and the Vs. Chucky arcs were my favourite sections. I noticed that Joss Whedon's Cabin In The Woods shared some similarities with Slice Hard – which was originally released in 2006. Although, in Whedon's defence, Cassie Hack, by design, is a lot like Buffy, so I guess that makes them even. I was also pretty chuffed to see Chucky show up, as well. In a universe where all these “slashers” are supposed to exist, it made sense that Cassie would come across one of the “big bads” sooner or later. I also appreciated that the artists were often switched up between stories to give each its own palette. 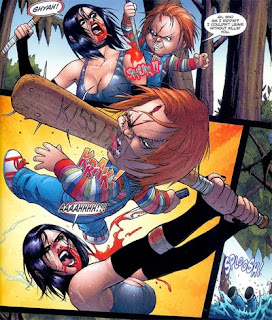 Though not what I was initially expecting, I grew to like Hack/Slash's quirky nature. 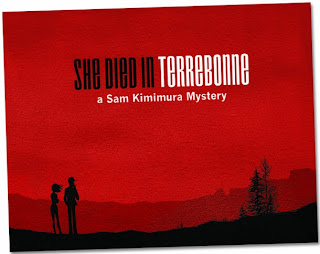 This comic is one that has likely flown under a lot of people's radar, as it features none of the more flamboyant or grandiose qualities that you usually find on comic store shelves. Written by Kevin Church and set in 1970's America, it follows private detective Sam Kimimura as he searches for a missing girl in small-town Oregon. It is a very straight forward noir, yet exceedingly well-written and the characters hold a surprising amount of weight considering the overall curtness of the story.

In the hands of the right filmmaker, I could see this story being as significant as some of the other great contemporary westerns like Lone Star and No Country For Old Men. Though, there's something about the nature of this story that seems more fitting to the small screen, as it treads the same territory as something like Justified. She Died In Terrebonne is definitely worth checking out, and you can pick it up fairly inexpensively, by going here. 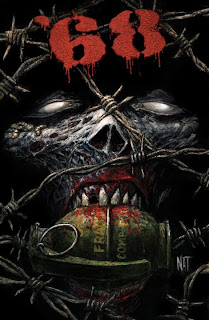 I have to say that the premise of this comic is absolutely delicious. Suppose the undead uprising that occurred George A. Romero's Night of the Living Dead was a worldwide phenomenon. As you can imagine, there were a good many dead in Vietnam, so '68 puts you smack dab in the jungle during those first cataclysmic hours. Written by Mark Kidwell, this trade collects the first five issues.

First off, I thought the art was rather striking. After many, many years of reading The Walking Dead, I have to say it was refreshing to see some throat rips and eviscerations in full colour. The back-and-forth nature of the narrative was a bit jarring at first, but as soon as I keyed into who the main characters were, I got used to it. 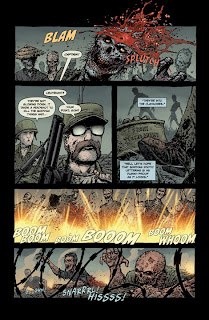 '68 is at times predictable, but there are also some cool little inflections thrown in every once and a while that I really appreciated, including a zombie sniper, the consequences of a mass grave and a nice little nod to the original film early on. There is also a story that takes place in California, which opened things up a bit more.

Out of the three comics I've talked about here, '68 would be the one I would most likely keep reading – even if it is almost exactly like one I'm already keeping up with. What can I say? I love my undead ghouls.

So, that's what I've been flipping through this year. Hopefully, one or more of these have piqued your interest.
Posted by Jay Clarke at 10:00 AM