Hello all.  For those who aren't aware, today is...

Instituted last year, VSD is a celebration of independent video stores and their nostalgic wares.  So, if you still have a video store in your area, take some time to go on by and see if they have any special deals on. The Horror Section is celebrating by re-posting the timeline that Dan from Eyesore Cinema put up during last year's inaugural festivities. Enjoy the trip down media memory lane.

October 1977 – RCA begins selling the first VCR in the U.S. based on JVC’s “video home system” (VHS). Manufactured by Matsushita and branded as “SelectaVision,” the VBT200 retails for $1,000.


November 1977 – Magnetic Video, operating as Video Club of America, is the first company to provide theatrical motion pictures on home video. Company founder Andre Blay convinced Twentieth Century-Fox to license him 50 titles for sale directly to consumers. The cost of the license was $300,000. Video Club of America marketed itself through a two-page ad in the November 26-December 2, 1977 edition of TV Guide. The titles, which were available in both the Betamax and VHS formats, included Butch Cassidy And The Sundance Kid, Hello, Dolly!, M*A*S*H, Patton, The French Connection, The King And I, and The Sound Of Music. The videos are supposed to be for home use only, and not for rental. Membership in the club was $10.00 and the price of the videos was $49.95 each. Blay recoups his initial investment in just two months. 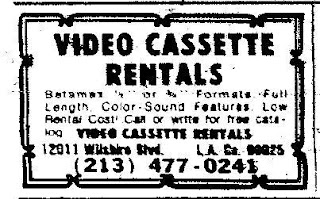 December 1977 – George Atkinson launches the first video rental store, a 600-square foot storefront at 12011 Wilshire Boulevard in Los Angeles. Atkinson was the proprietor of Home Theater Systems, a company that rented Super 8 movies and projectors for parties. He bought one Betamax and one VHS copy of each of the Magnetic Video titles through a third-party for $3.00 over ...cost. Atkinson announced the availability of the Fox titles for rent in a one-column-inch ad in the December 7, 1977 Los Angeles Times. In order to raise capital, Atkinson charges $50 for an “annual membership,” $100 for a “lifetime membership,” which provides the opportunity to rent the videos for $10 a day. Atkinson is threatened with a lawsuit for renting the videos, but quickly discovers that U.S. copyright law gives him the right to rent and resell videos he owns.


September 1979 – George Atkinson announces that, after growing into 42 affiliated stores in less than 20 months, he would change the name of his business from Video Cassette Rentals to The Video Station and would begin franchising stores. 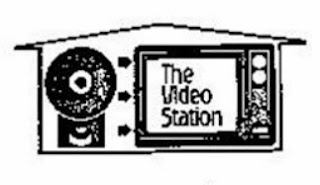 
December 1979 – Fotomat began a nationwide roll out of videocassette rentals at its 3,700 outlets. Consumers could chose from 131 titles, which they could order over the phone for pick-up the following day.


December 1980 – Walt Disney Productions announces that it would enter the home video market. It proposes the first “authorized rental” plan to retailers, under which a retailer could pay a flat fee for a cassette and have the right to rent it as many times as possible for 13 weeks. Sell through units could be purchased separately.


1980 – Pioneer introduces the laserdisc for the home video market. 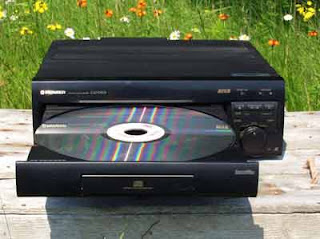 January 1981 – Columbia Pictures attempts to impose two-tier pricing for video, with red videocassettes for rental and black for sale and retailer contracts obligating them to abide by the rental and sale restrictions.


November 1981 – The Video Software Dealers Association (VSDA) is formed as a trade association for video retailers. The major item on the new organization’s agenda is preserving the right under U.S. copyright law of video stores to rent movies.  Also that month, the Board of Directors of Magnetic Video Corp. removes Andre Blay as its president.

Summer 1982 – Paramount Home Entertainment announces that Star Trek II: The Wrath of Khan would be priced at $39.95, the first major theatrical title to be priced for sale directly to consumers. 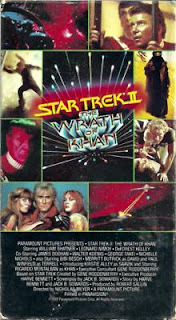 March 1982 – Legislation is introduced in the United States Senate to give copyright holders the exclusive right to authorize the rental of prerecorded videos, essentially allowing the motion picture studios to prevent video stores from renting movies.


October 21, 1983 – Video stores around the country close down for several hours on this Friday to draw attention to threats to the public’s right to rent videos, including legislation before the Congress to exempt videos from the First Sale Doctrine.


1983 – George Atkinson resigns as president of The Video Station after it is revealed that the company had overstated its net worth by approximately $1 million the prior fiscal year.  At this time, VCRs are still in less than 10% of U.S. households.


January 1984 - The United States Supreme Court issues its groundbreaking decision in the Sony Corp. v. Universal City Studios, Inc. case, which affirms the rights of consumers to videotape television programs for “time-shifting” purposes. By ruling that Sony was not guilty of “contributory copyright infringement” for enabling consumers to record programs, the court legitimizes the VCR and set the stage for the widespread adoption of the device. 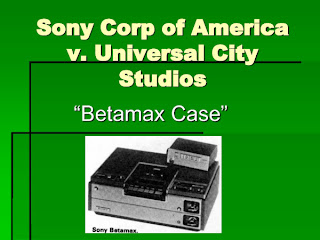 February 1984 – After being reintroduced in Congress in 1983, the legislation to give copyright holders the exclusive right to authorize the rental of prerecorded videos dies in the face of fierce objections from VSDA-member video retailers and their customers. The right of consumers to rent prerecorded videos from a video store is never seriously questioned again


June 1985 – The Cotton Club is the first video released with Macrovision anti-copying technology. 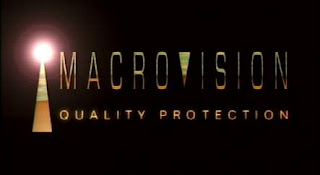 
1985 – 11 million VCRs are sold in the U.S., bringing its penetration to almost 30% of American TV households.  In the first year for which statistics are available, video rental spending totals $2.55 billion and the number of turns is 1.1 billion (a “turn” is the rental of one video). The average rental price is $2.38.


October 1988 – Mark Wattles opens the first Hollywood Video store, in Portland, Oregon. Hollywood Video would eventually become the number two chain in America, with 2006 stores in 47 states, before being acquired by Movie Gallery in 2005.

November 5, 1988 – The Video Privacy Protection Act is signed into law. This federal law protects renters and purchasers of videos from having information about which videos they rented or purchased disclosed to third parties except in limited circumstances.


December 1988 – Blockbuster becomes the top video retailer in the U.S., with $200 million in revenue. It has more than 500 stores by the end of the year. Blockbuster replaces Erol’s in the top spot.


August 1994 – Movie Gallery completes an initial public offering, which gives it capital to develop and acquire additional stores, primarily in smaller towns and cities in the Southeast. From the beginning to 1994 to mid-1996, Movie Gallery would grow from 73 to more than 850 stores.

1994 – Blockbuster is acquired by Viacom.


March 3, 1995 – The Lion King is released on home video. It sells 32 million copies on VHS and DVD over the years, making it the best-selling video of all time.


July 1995 – Amazon.com goes online from the garage of founder Jeff Bezo. Initially, it limits its merchandise to books.


March 1997 – DVD is introduced in the U.S., and the DVD player soon becomes the most rapidly adopted consumer electronics product in history.


November 1998 – Amazon.com opens its virtual video store, with more than 60,000 theatrical and general-interest videos and more than 2,000 DVDs.


August 28, 2002 – Sony announces that by the end of the year it would cease manufacturing the Betamax, which had only been available in Japan since 1998. A total of 18 million units were manufactured worldwide during its 27-year span.

March 16, 2003 – DVD rentals generate more revenue than VHS rentals for the first time. The milestone occurs six years to the month after the launch of the DVD format in the U.S.


2003 – Wal-Mart/San’s Club tops Blockbuster in U.S. video revenues, marking the first time that a sell through retailer was the market leader.  Also that year, Movie Gallery expands to all 50 states and reaches 2,000 stores, making it the second-largest video specialty retailer in the U.S. in terms of store count

Happy Video Store Day!
Posted by Jay Clarke at 10:00 AM

Thank you for your informative post. If you have old VHS or DVD or CD collection then you can duplicate or replicate them. Because old VHS tape are really destroyable and can be faded away. Don't let the memories faded away. CD & DVD Copies