Hey all! I hope everyone is enjoying their weekend, especially those blessed with an extra day off. Here's what I've got for you today.


I heard the greatest news in perhaps, well, EVER, on Thursday. Twin Peaks, one of the greatest shows to ever hit the small screen, is getting the Blu-ray treatment. 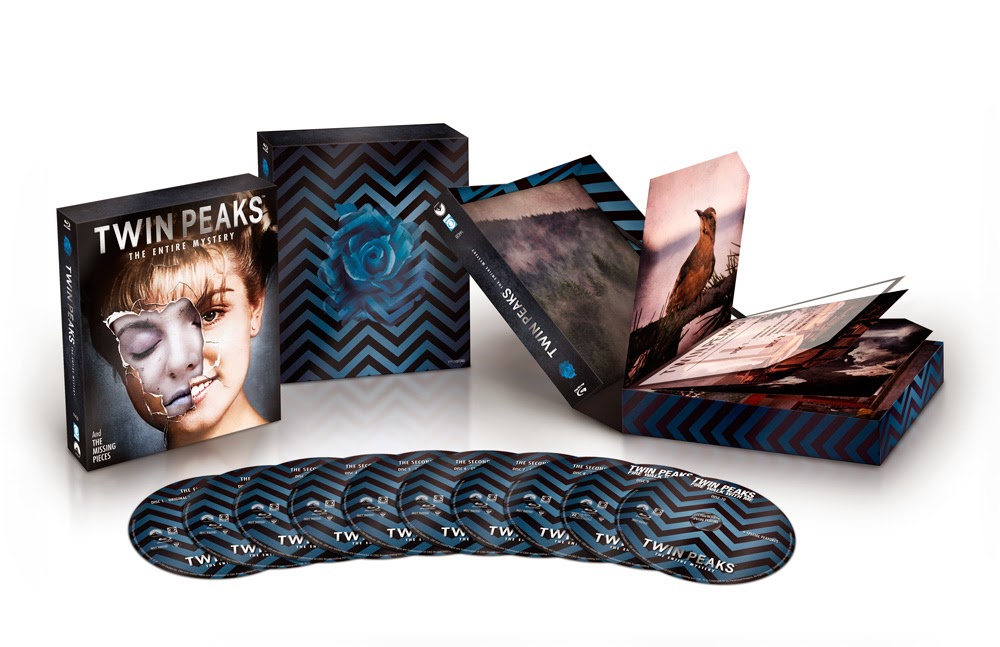 Releasing on July 29th, this has EVERYTHING, including - and this is the truly mind-flaying part - the hugely coveted ninety minutes of deleted material from the original cut of the prequel Twin Peaks: Fire Walk With Me. This is the shit for which people, including myself, have been waiting for over twenty years. This teaser below was released with the announcement on EW.com, and it gave me chills.


A million thank yous to David Lynch and the diligence of all that signed the petition started in 2011 to make this a reality. You can also check out this cool Tumblr for more on the Blu ray release.


I saw this awesome Ebay auction on the Facebook group Horror VHS Collectors Unite! for this old Vestron catalogue from 1988. 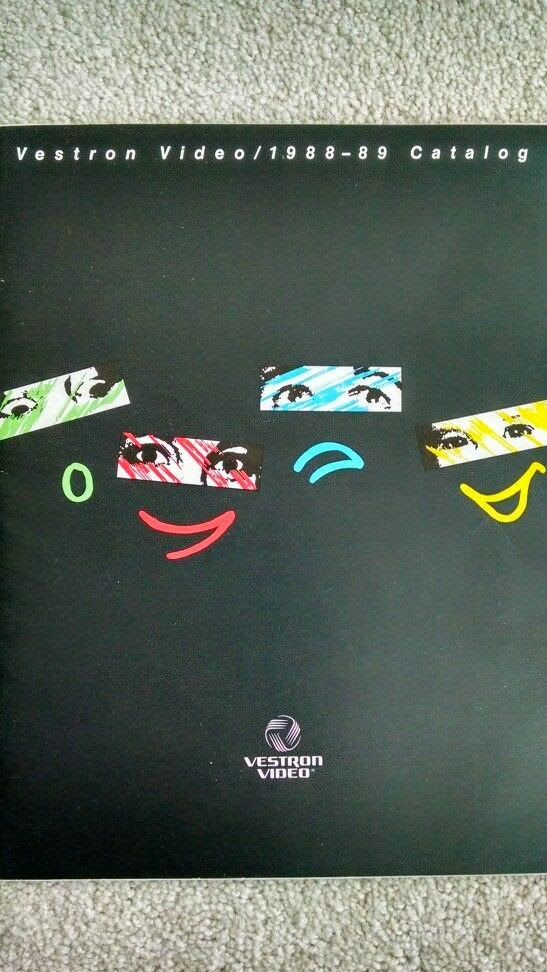 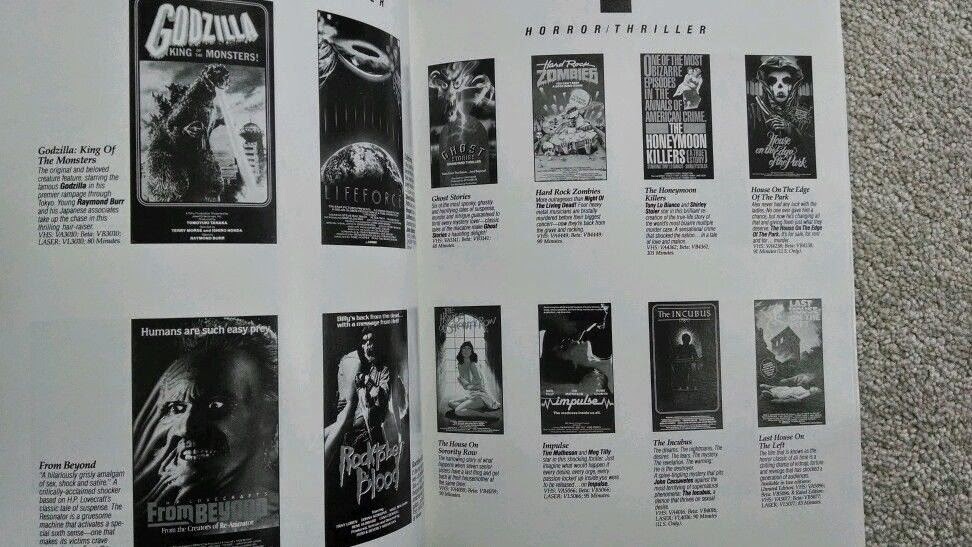 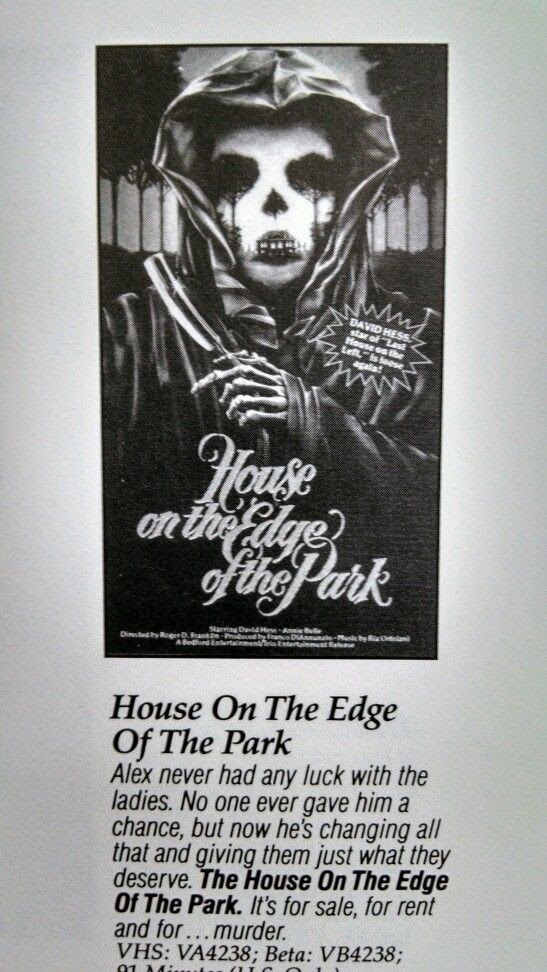 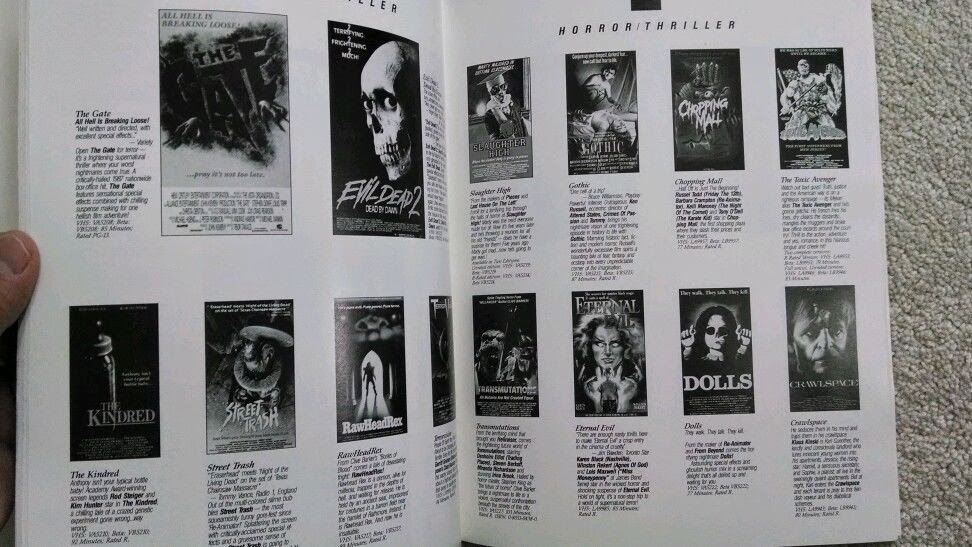 My locale disqualifies me from bidding, but if you're in the US, this auction is still on for a few more days. Buy buy buy!


Here are a few trailers that premiered during the Cannes market this week. The first is for the latest incarnation of the V/H/S anthology series.


A pretty solid trailer, although I had to stop watching halfway through, as I remembered just how much they show in those things. Though the directors included in this installment may be lesser known than the ones that came before, there is still much talent to go around. Marcel Sarmiento was responsible for the phenomenal ABC's of Death segment “D is for Dogfight” and Justin Benson & Aaron Moorhead burst onto the scene in 2012 with their genre-bending debut Resolution.


The second trailer, for Lost After Dark, is less impressive, but I figured, what the hell?


When I heard about the whole shtick of it being set in 1984, I was hoping it was going to have the same aesthetic ala House of the Devil, but that doesn't appear to be the case. The only thing that really pulls me into this is the appearance of Robert Patrick. Oh well, I guess we'll see where this project ends up.
Posted by Jay Clarke at 11:36 AM