I've got a dual video home video intro for you today.


Malofilm was a Canadian company that was started in 1983 in Montreal, Quebec that dabbled in both film and television production. It was named for its founder René Malo. They distributed almost two hundred titles in the Canadian market, including genre films such as Scanners, House II, Frankenhooker and Hide And Go Shriek. Malofilm (sans Malo after he retired due to illness in the late-nineties) is now currently operating under the name Seville Pictures.

The second intro, for RaeDon Entertainment Group, is far more infamous. Founded in 1987 and operating out of Southern California, they were known for making some of the worst movies of the home video boom, including Alien Private Eye, Death Collector and Brain Sucker.

The music heard during the RaeDon intro is the opening score from my copy of the 1987 horror anthology Chillers, which technically is a Troma picture, but distributed by RaeDon. I recall this being somewhat decent, but it has been over twenty years since I actually watched it, so who knows? 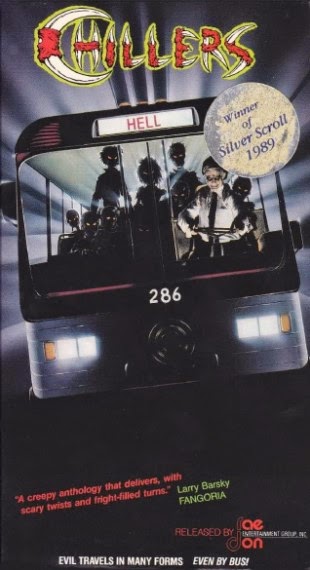 I can't really harp on RaeDon too much, as they did give me Rollerblade Warriors starring two of my favourite scream queens Kathleen Kinmont and Elizabeth Kaitan. 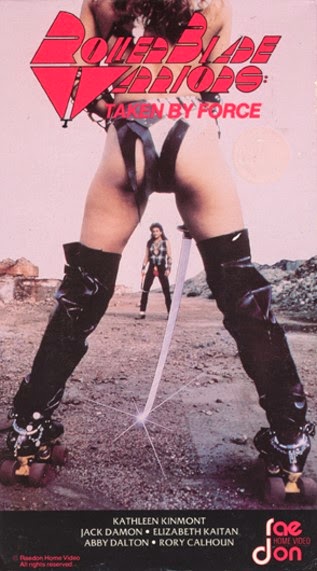 For more info on RaeDon's infamy, check out this great piece by Mike Malloy by clicking here.
Posted by Jay Clarke at 10:00 AM