As you may have noticed from the banner on the right, The ABC's of Death 2.5 released last week. For those who don't know, 2.5 is a collection of the best 26 letter “M” contest entries from Part 2. The entry that I co-wrote with my buddy Schwartz (M is for Manure) thankfully made it on there, but today I wanted to post about my personal faves from 2.5. Here they are in no particular order;

M is for Make Believe by Summer Johnson
I remember supporting this one quite heavily during the competition. I think the dark humour really lands, and Johnson really commits to it. Three minutes is pretty short-form, yet it often made me wonder about the events beyond the frame. Why was he dressed like that? Where were these kid's parents? What was that “green stuff”? A great piece of work. 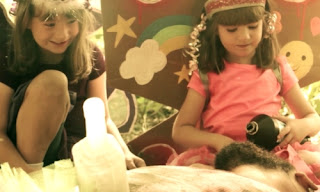 M is for Marriage by Todd E. Freeman
Doubling as a proof of concept for a larger project, the idea of Freeman's short is an intriguing one. What if one could physically manifest someone's emotional trauma? I really like the look and tone of this piece. The feature version, entitled Love Sick, had a positive showing at last year's Frontieres in Montreal, so I hope to hear about the next phase sometime soon. 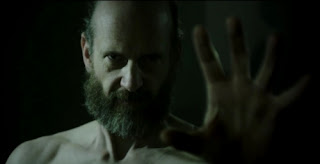 M is for Matador by Gigi Saul Guerrero
Guerrero has been tearing up the short film circuit for a while now, and I had previously thought the first thing I'd seen of hers 2014's El Gigante. Not so. Upon watching 2.5, I realized it was here. I should have recognized it, as all her recurring traits, like punishing violence, unrelenting choas and production design that oozes through the screen were all present here, as well. It was just announced that her feature film project, El Cucuy will be shopped at this year's Fantastic Fest Film Market and I'd say she is more than ready to make the leap from the short to long form. 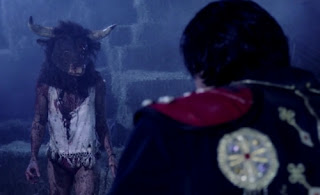 M is for Magnetic Tape by Tim Rutherford & Cody Kennedy
This one shouldn't surprise you. There have now been a few shorts now that have been set inside this Edmonton video store - they even have there own web series called Straight To Video. I love the energy these guys bring to their projects and think it every bit as relevant as higher profile stuff like Turbo Kid – which coincidentally also started out as a contest entry for the first ABC's. I could also say that of the highly amusing Mad-Max-on-Big-Wheels entry, M is for Marauder by Steve Daniels. 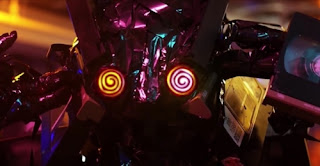 M is for Meat by Wolfgang Matzl
I was pretty taken by this short by Austrian filmmaker Matzl during the competition, as well. Though I figured it wouldn't win as his style was similar to that of Robert Morgan, who was already a part of ABC's 2 (actually the same can be said for Chris Younes' M is for Maeusiophobia that also featured a sequence similar to Part 2's crowning jewel Z is for Zygote), but I really dug the look and style. It's a simple and easy premise, but it works so well in a short form like this. 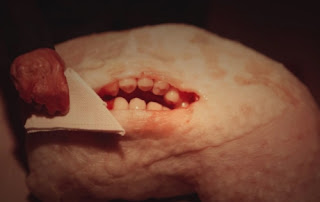 Overall, 2.5 is a pretty solid culmination of the best the contest had to offer. I certainly saves you the trouble of having to sort through the chaff of over five hundred entries that were originally entered.


ABC's of Death 2.5 is now available to rent or purchase on Vimeo. Check it out here.
Posted by Jay Clarke at 6:00 PM

This absolutely made my day! To answer one question, the "green stuff" is absinthe. The label is briefly visible on the broken bottle stabbed in the Fairy King's gut. I had intended to make it more obvious, however the filming gods worked against me on that one. Also, there is a fully fleshed-out backstory to the events in Make Believe, I just haven't put it on paper yet. :)

Ohhh the Green Fairy! Yes, I should have put that together :D

This should make it to Netflix?

Anything's possible, though I don't know how much of an effort the distributor is putting into the release.