Hello all. I hope you are enjoying the weekend. I popped my head out this morning after an epic Friday the 13th gaming session all yesterday for which my biggest achievement was surviving a one-on-one match with Savini Jason. It's really the little things in life. But anyway, here's what I got for you.


AMC's streaming service Shudder premiered its new original show Primal Screen a few days ago. The first episode of the Rodney Ascher series was an exploration of automatonophobia - the fear of ventriloquist dummies, mannequins and other lifelike objects. The clip below relates a story of how the TV spot for the 1978 film Magic struck terror into the hearts of countless children.


I watched Primal Screen yesterday and really enjoyed it. Ascher's blend of documentary and dramatization is really engaging and I'm glad it's more like Room 237 than The Nightmare in that the focus is on the story rather than the storyteller. I'm really looking forward to the rest of the series.

The Evolution of the Art.


I found this cool piece of art on Etsy this week. 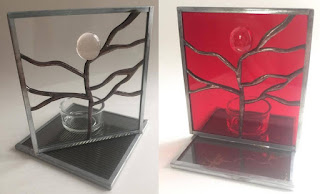 This Twin Peaks inspired candle holder is available in a few different colours and if you'd like to find out more, click here.


Arrow Films just keeps pouring it on with their European releases. I recently pre-ordered their release of Argento's Bird With the Crystal Plumage, and now we have THIS. 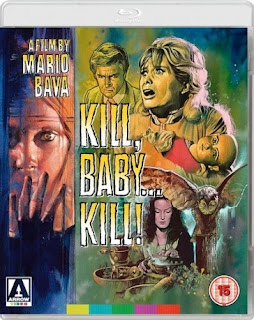 I love this movie and its influence on American filmmakers - from Martin Scorsese to David Lynch - is immeasurable. The Blu-ray comes with two new docs and an interview with Lamberto Bava. I also saw that one of Sergio Martino's lesser known thrillers The Suspicious Death of a Minor is coming out, as well. For more details on the pre-order, check out Arrow's site here.
Posted by Jay Clarke at 12:29 PM

Your post is so jumbled up with many movie names at a time and there’s not a clear idea which movie is what. And in between horror movies review, you shared the candle holder.