The Rest Of The Fest

The 33rd Toronto International Film Festival is inching ever closer and the rest of festival's several hundred titles were revealed today. While the bulk of the genre goodies are in the Midnight Madness programme (announced a few weeks ago), there are a few that trickle into other areas. Here are some that I am keeping my eye on.

A Sauna that can cleanse you of your sins? What a lucrative business model! Seriously though, I have been hearing buzz about this Finnish thriller for a while now, so it is definitely on my short list. Check out the trailer below, courtesy of Twitch.com.

Vinyan is the new film from Fabrice Du Welz, who gave us Calvaire (The Ordeal) a few years back. I don't really have an affinity for Calvaire that some others do, but there is no question that it was beautifully shot. Vinyan is a thriller about parents desperately trying to find their missing child.

Canadian icon Bruce McDonald takes on the zombie genre with Pontypool. This movie also has the distinction of being the first Canuck feature to use the new fangled Red One HD camera. Pontypool focuses on a radio host who just happens to be broadcasting when a zombie-like virus hits his small town.

Acolytes is a movie I neglected to mention during my earlier Midnight Madness post. The premise of this Aussie offering is delicious. Three high school students blackmail a serial killer into taking care of a bully who tormented them when they were younger. 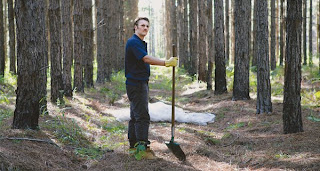 These are just four of the fabulous titles that Toronto is rolling out this year. For the full list, check out the TIFF website here. I am giddy, GIDDY I tell you, with anticipation folks.
Posted by Jay Clarke at 9:58 PM