It'll be a light day today, as I'm taking in some sights (patios) for the long weekend. Be sure to get outside a bit yourself, as the summer days are now in short supply. 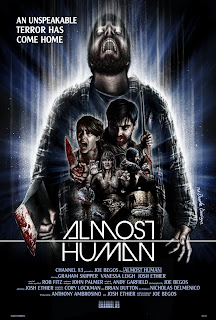 I love this thing, and its definite The Beast Within vibe. Almost Human will be having its world premiere as part of TIFF's Midnight Madness programme this September. You can take a gander at the trailer below.


As I've said before, the marketing campaign for the upcoming home invasion flick You're Next has been absolutely stellar. If everybody's horror film was PR'd by these guys, the whole industry would be better for it. Recently, as reported by Collider, statues across the US in cities, like LA, New York, Dallas and Detroit have been given the animal treatment. 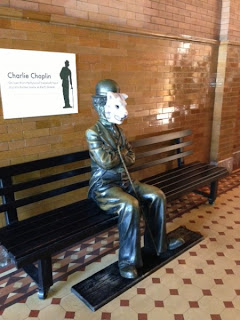 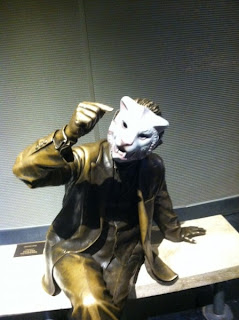 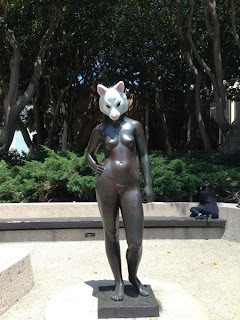 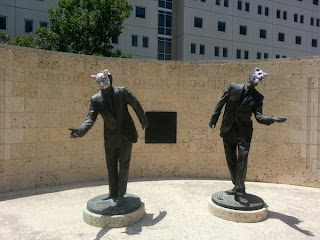 Keep it up boys, anyway you can get the word out. Here below, is another poster from a few weeks ago, and also a recent TV spot, courtesy of Bloody Disgusting. 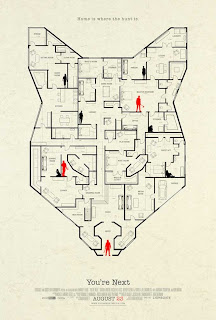