It Came From The Archives 20!

My parents recently had their sump pump replaced, so it meant clearing that area of the crawlspace. I saw that as a good opportunity to take an extended dive into the archives and sort through all of the misplaced junk. In addition to some hockey cards, three Visionaries figures and old Garfield, Foxtrot & Far Side collections, I also found THIS. (Right click images to enlarge) 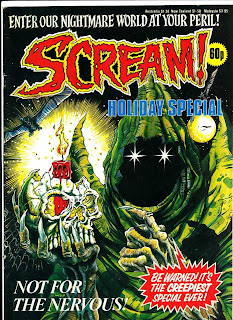 Well, actually my copy no longer has its cover, but the rest is intact. Scream! was a British horror anthology comic that ran for fifteen issues in 1984, subsequently releasing annual holiday specials (of which this was the first) from 1985 to 1988. 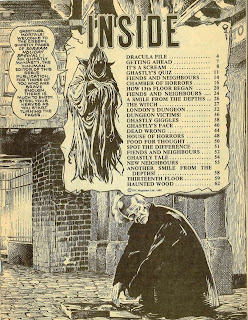 I’m not certain how I acquired this, but 1985 coincides with one of my childhood trips to the UK, so that would make sense. If I had to guess, I would say that judging from all The London Dungeon ads & features within the comic, I may have procured it at their gift shop after the tour.

What makes this find so significant is that certain panels & stories, most notably the two The Thirteenth Floor tales, had been rattling around in my head for years, but I’d forgotten the source. 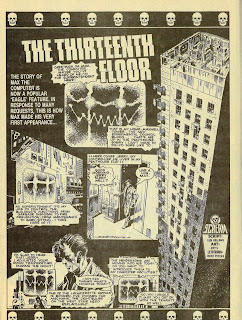 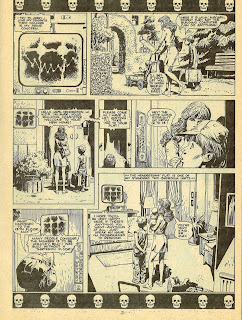 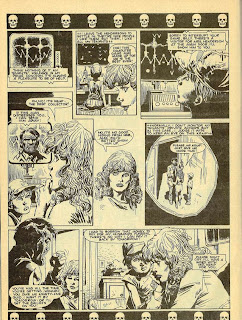 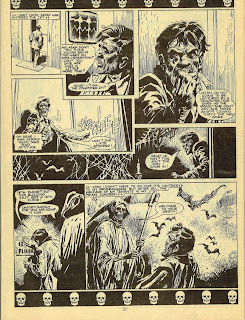 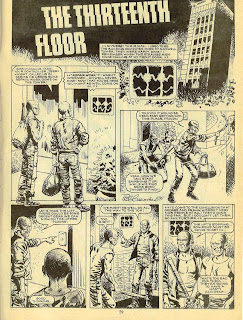 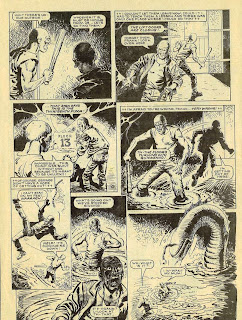 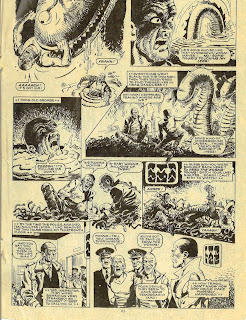 In addition to The Thirteenth Floor, there were also some other great yarns like Dead Wrong about a prank that turns deadly, the magic-fuelled The Witch and this one-off, Food For Thought. 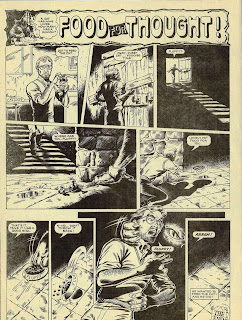 This Scream annual reads like a Reader’s Digest of horror, as in addition to The London Dungeon stuff, it also has word searches & trivia. There’s even a board game! 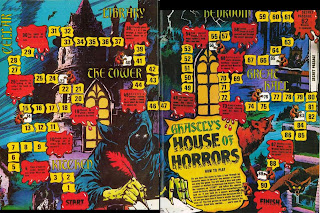 It’s too bad that my issue isn’t in better condition, as a quick check revealed that a similar one just went for fourty-six quid on Ebay. I also find it strange that none of the art or stories (save for Thirteenth Floor) were credited. Maybe Max took care of them… 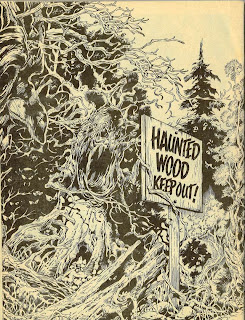