While I spent the majority of my time in Fantasia watching movies, drinking on patios and eating mass quantities of unhealthy foods, I did get up to some other activities, as well. My companions & I spent some time checking out the attractions down at The Old Port.


This year, they had something called Virus, which was a cross between haunted house and rhythm game. You slip these sensor thingies over your palms at the start and use them to cover panels lit up with your designated colour during the walk through. 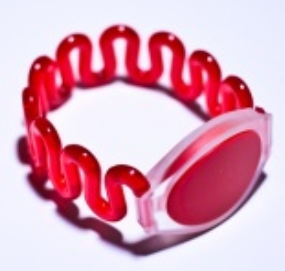 However, the rub is there are several things, like loud noises and jets of air and water, that deter you from you doing so. And naturally, in between these rooms, you are crawling through the darkness waiting for the employees to jump out at you. Save for the Goretorium, it's probably the most elaborate scare house I've been in.

Next, we went onto Hangar 16 SOS Labyrinth, purported to be the largest indoor maze in the world(?). The full walk through is two kilometres and takes about fourty-five minutes to an hour for most people to get through. It gets a little confusing at times because it's not clear where you are supposed to go - it's not linear like a normal maze, just four random points inside you have to find - and often got crowded with families with their fucking strollers in tow. A neat idea though.

A few days later, Fantasia had a VR demonstration set up at the De Seve building. Most of them were running the Samsung Gear VR. but they had the Oculus Rift there, as well. I spent a good two hours there (most of it was waiting in line of course), and realized that now there are multiple devices on the market, you can already see differences in quality. The demos on the Samsung (a horror one called 11:57 and a Jurassic Park one) were noticeably lower resolution than the Oculus Rift, and the fit of the goggles & headphones were not as snug. The Samsung literally felt like it was a Galaxy being put right in front of my eyes. Whereas the Oculus Rift demo Body Mind Change - a TIFF sponsored experience based off the work of David Cronenberg - was crystal clear and pretty fucking neat.


Anyhoo, things should get back to normal around here this weekend. See you on the other side.
Posted by Jay Clarke at 10:00 AM