It Came From The Archives 25!

Supermassive Games' Until Dawn was released yesterday, but I have to wait until this weekend to dig into it. With that mind, I figured I'd unearth something a little serendipitous for this excursion into the Archives. 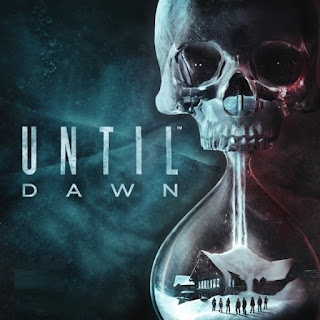 When it was announced that Until Dawn would take place in a wintery cabin locale, I had a flashback to some of my first stabs at writing fiction. Between the ages of eleven and fifteen - my love of slashers deeply ingrained by this point - I penned a trilogy of short stories featuring a deformed madman named Jackal Bloodthirsty, the third of which was entitled The Ski Lodge Massacre. 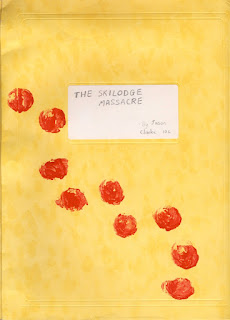 Here it is below. It's pretty terrible, with prose and spelling that will make you wince, but hey, at least I was being productive in my early teens. I thought I'd have to subject you to my awful handwriting as well, but seeing that it was typed made me realize that we purchased our first computer - an Atari 1040ST - earlier that year. 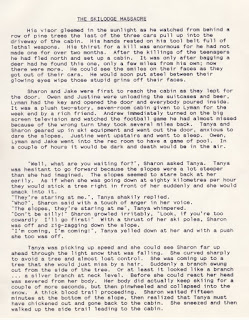 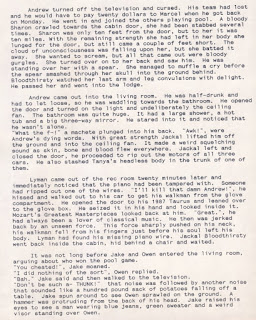 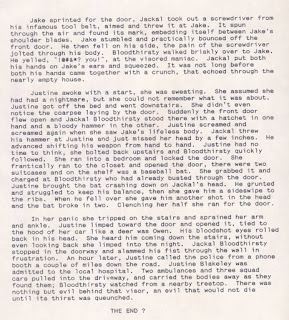 Looking at it now, it's funny to see how many of the kills I pilfered from Jason and Michael. I also have no idea why I wrote $#%& instead of an actual curse word. It's not like I didn't already have the mouth of a sailor by then. Anyhoo, I hope you enjoyed this latest window into my misspent youth.
Posted by Jay Clarke at 10:00 AM