Last Thursday night was a pretty good time to be a fan of “electro-industrial-ambient-experimental” music as man about town Chris Alexander celebrated the release of his new album Music For Murder with a live show downtown. 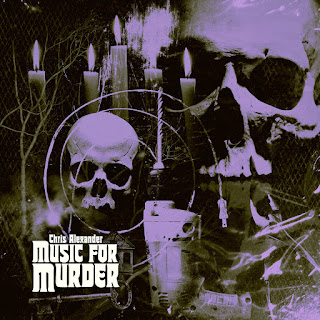 Also, on the bill was Castle If, who I've seen perform several times now and her “music from space” gets better with each subsequent show. You can check out what she's all about here.


As for Alexander's show, it was full of the kind of theatrics you would expect from a guy who bleeds yellow, but best of all, he was backed on drums by Toronto-based writer and DJ David Bertrand. Carpenter-esque synths mated with Goblin-tinged prog rock to create a maniacal hybrid that went down well with the crowd. Here's some video from the show;

For more info on Music for Murder, click here.


If you missed the show, don't worry. I think they've got a taste for it now, I sense more dark ceremonies in the future. In the meantime, here's the bad-ass mixtape Bertrand put together a few days before the show.