Hey all. It's the beginning of a new year, and with it comes another slate of upcoming titles. Unlike last year, I won't spend a lot of the playing catch-up, as apart from Krampus and Dark Places, I've seen pretty much what I want from 2015's offerings. So, let's dive in.


The coming of January means the first festival screenings a la the Sundance midnight programme. Obviously, the most anticipated one would be Rob Zombie's 31. After Lords of Salem, I feel he is on the upswing and news of his recent battles with the MPAA is certainly a good sign. Also on the Park City schedule is Rich Fox's The Blackout Experiments and Mickey Keating's Carnage Park. While the former is a complete wildcard, the latter should be a decent seventies-style survivalist horror romp. 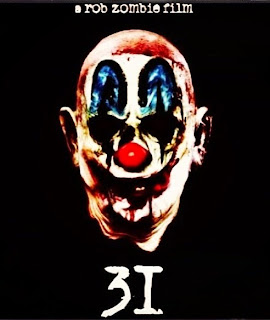 Aside from Sundance, I couldn't help but notice the abundance of horror flicks being released in the first quarter of 2016. I'm not sure whether that's a good sign or not, but here are three that I am eyeing, if only just that they all star actresses I like very much.

Actually, the third one doesn't even have a poster yet, which makes the March 11th release date rather dubious. Valencia stars Mary Elizabeth Winstead and is directed by Dan Trachtenberg, a guy who once upon a time ran a web show I used to watch religiously.


Moving on, I can't deny the fun energy present in the trailer for Pride & Prejudice & Zombies. If it is half as fun as Abraham Lincoln Vampire Hunter, it will be worth a watch. I know Russian producer Bekmambetov isn't involved in P&P&Z, but hey, it could still be a hoot.

The home invasion genre is still a hot trend in horror as we have a new trio of titles coming this year. In addition the sequel to 2008's The Strangers, the man behind the Evil Dead remake, Fede Alvarez returns with A Man in the Dark about a blind man sets upon by some thieving teenagers. The third one, Adam Schindler's Intruders aka Shut In, I can actually vouch for having seen it at last year's TAD.

I am glad that the rest of the horror world is going to be able to feast their eyes on Robert Eggers' The Witch this year. While I don't know if its pace and non-flashy demeanor will appear to everyone, I feel there just aren't enough of these straight-up, character driven genre pieces being made these days.

Moving onto the “nope” category, I have to mention the Martyrs remake, and the Leatherface remake/reimagining/rewhatevs prequel thingy. I have no interest in the former because the films of the French Extremity were unique to a particular time and place. Recreating that to make a few bucks is even more unpleasant to me than watching the stuff depicted in Laugier's film.


As for Leatherface, I read the script and I'm good. There's a cool sequence in the middle that reminded me of the diner sequence in Natural Born Killers, but the rest is pretty uninteresting. The only reason I would be curious is to see how they manage to get around a glaring plot hole I foresaw them having a big problem representing visually. Okay, strike that, put this down as a soft maybe.


Lastly, I think the most unlikely production coming this year maybe the feature length version of Lights Out. How do you flesh out two minutes to ninety? I suppose Andrés Muschietti's Mamá was semi-successful, but this one seems like a stretch.