Hi all. I'm up early today to check out a nearby toy convention. Here's what I've got for you this week.


I found a collection of vintage home video trailer reels on Camera Viscera this week. There were tapes that were sent to video retailers back in the day in order to drum up business for distributors. Most were just trailers, but some got creative.

To see more, check out the original post here. You can also see one of my Archives posts on the subject here.


We are all still getting over the loss of David Bowie, but looking over a lot of the various tributes online, I had completely forgot about the connection between the Thin White Duke and the Friday the 13th films. For those who don't know, filmmakers often give productions secret names to avoid unwanted visitors to the set and keep costs lowered. The most famous instance of this was Return of the Jedi being called Blue Harvest, because the owners of the spaces where Empire was filmed raised their prices when they found out what was filming there. 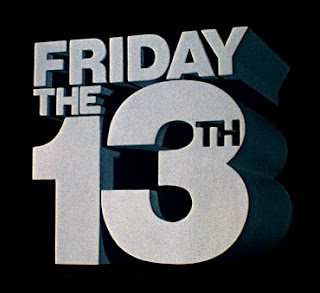 In that spirit, the Friday the 13th producers being huge Bowie fans started using his song titles for their fake movie names beginning with Part 3. Frank Mancuso Jr explains;


“We started creating fake titles for the Friday movies around Part 3. Most of the time they were old David Bowie song titles—just innocuous enough that the unions would leave you alone. Because a union was far less likely to go out and try to bust a movie called “Crystal Japan” than they were Friday the 13th Part 3. They knew that the train went back to Paramount and they knew the Friday the 13th films were successful, so they would come at you much harder. As for “Repetition,” I just thought it was a funny joke.”


J.J. Abrams announced this week that a spinoff sequel to Cloverfield was not only coming, but had already been filmed and is releasing in two weeks! Man, this guy knows how to keep a secret.


As you know, I love Mary Elizabeth Winstead, so this is a no-brainer for me. I just hope that the bunker stuff is the first act of the movie, and that scene with Winstead looking outside isn't from the last five minutes. 10 Cloverfield Lane releases March 11th.
Posted by Jay Clarke at 9:10 AM