With Windows 10 still wreaking havoc on my laptop, I'm speaking to you now from a secret location. Here's what I've got for you this week.


I've got a build-up of trailers I'd like to show you today. The first is for an upcoming anthology called Holidays.

Like ABC's of Death used the alphabet, Holidays goes through the calendar year, assigning special occasions to a certain director. There is certainly a lot going on visually in that trailer and I'm interested to see new work from directors such as Kevin Kolsch & Dennis Widmyer (Starry Eyes), Nicholas McCarthy (The Pact) and Matt Johnson (The Dirties). Holidays releases next month.

Along with films like JeruZalem and the upcoming release of Hardcore Henry, Dead Rush is on the cusp of a reinvigorated extension of a popular subgenre. This project was originally a short film, so I'm really interested to see how Ramelan maintains that tempo for ninety minutes. Dead Rush premieres at the Canadian Film Fest at the end of the month.


Lastly, hold onto your hats (or more aptly floatation devices) for here is the trailer for Jaume Collet-Serra's The Shallows.

I'm excited for this one. This was once a Black List script entitled In The Deep, so I'm glad it finally got made. I dug the story, so really the only question marks are does Blake Lively have the chops, and how CG'd is the shark?


This week, I found out about a really interesting video game project made by survival horror pioneer Frederick Raynal called 2Dark.

Check out some of the concept art! I'm glad to see the French haven't lost their flair for the grotesque. 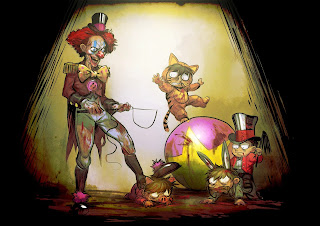 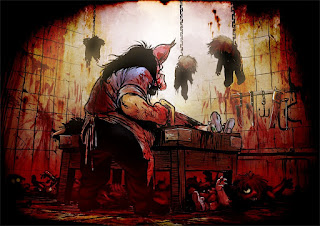 Slated for release this year on PC, Xbox and PS4, I cannot wait to give this a go. 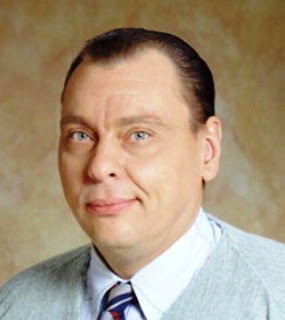 Sadly, actor Larry Drake passed away last Thursday. He was 66. Though he was best remembered as Benny on the drama L.A. Law, for which he won two Emmys, he also played a trio of memorable roles in genre cinema. In 1981, he was the hapless Bubba Ritter in the TV movie Dark Night of the Scarecrow, followed, in the early nineties, by his turn as the villainous Durant in two Darkman films and then as the wildly over-the-top Dr. Giggles. Rest in peace, Mr. Drake.
Posted by Jay Clarke at 1:02 PM

Hi, I find reading this article a joy. It is extremely helpful and interesting and very much looking forward to reading more of your work.. Larsen Nash

Regular visits listed here are the easiest method to appreciate your energy, which is why why I am going to the website everyday, searching for new, interesting info.We also share this site piknu about instagram with you.