Last Friday, I went the other way down the highway to an art showing in Hamilton. Several prominent figures of Toronto's horror community have moved there in the last few years, and thus Steeltown has seen a rise in the dark arts as a result. 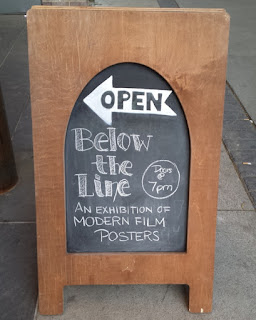 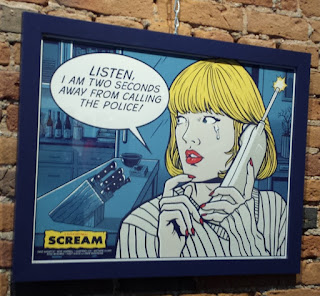 Gary Pullin's Scream print above is super limited edition (only 38 were printed) and the few available at the show were snapped up instantly. Fortunately, he hooked me up with an extra he had nearby, as I was there specifically to snag one for a friend. Here were some of the other great pieces.

My favourite of the show would have to be Matt Tobin's recent interpretation of the Steven Spielberg classic Jaws. 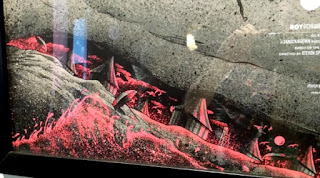 This is probably my favourite double visual piece since Lauren O'Neill's rendition of Under The Skin.


The event was also to promote the upcoming poster documentary Twenty-Four by Thirty-Six. A lot of the folks that appeared in the movie, including director Kevin Burke, were in attendance and the vibe was pretty enthusiastic. I contributed the Kickstarter campaign and am pretty stoked to see it.

This will likely be the first of many shows in the Hammer, as Gary is already planning to do more events in the future, with more artists involved and possibly some premieres.

Toronto getting too expensive for lower percentile earners.

I'd wager it's getting too expensive for mid-level earners as well.