Some stuff happened this weekend, and the world got a little more shitty. But, life goes on I guess.

I found a cool little A to Z list over at The Good In Movies this week, detailing a group that is often imperiled in horrors and thrillers - the yuppies. Click on the pic below to check out the list. 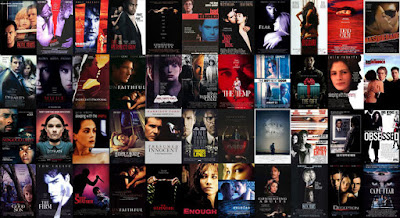 The past has seen some great ones like The Hand That Rocks The Cradle, Fatal Attraction and Dead Calm but it is good to see that this subgenre is still going strong with more recent entries like Orphan and The Invitation. If anything, these movies just drive the point home that danger can come from anywhere.

One of my favourite animators working today is UK-based Robert Morgan. This week, he properly posted his 2011 opus Bobby Yeah to his Vimeo account. Take some time to enter the distinctly nightmarish world of Robert Morgan below.


My 2012 Halloween costume of Bobby still remains one of my best, I think.

Harrison Smith's newest project Death House, often referred to as The Expendables of Horror, released a teaser this week.


The storyline, about two federal agents trapped in a prison housing the world's most dangerous criminals, is intriguing and they have certainly amassed an impressive list of horror greats including Kane Hodder, Bill Moseley, Michael Berryman, Sid Haig, Tony Todd, Barbara Crampton, Dee Wallace and Gunnar Hansen. Currently it looks like the movie is naturally aiming for Halloween release.
Posted by Jay Clarke at 1:00 PM