Hey all. Summer is in full swing now, and I am pleased as punch. I was running around a park downtown doing some run-and-gun filming with some friends yesterday, so it's nice to be able to kick back and relax today. Here's what's up...


Scott Schirmer (Found, Harvest Lake) and his band of malevolent men (and women) known as Bandit Motion Pictures are about to hatch their newest nightmare on the world. It is a little project called Plank Face starring Nathan Barrett, Ellie Church, Brigid Macauley. 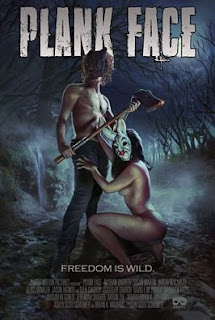 The Indiegogo campaign starts tomorrow, but these guys do crowd-funding a little differently. The production itself has already been self-funded, so the campaign is basically to take pre-orders for the Blu-ray release. It is a model that has worked for them before, and considering they've already hit 159% of their goal a day before the official campaign start date, I'd say it will again.

The trailer drops tomorrow, but you can check out the official Thunderclap page here.


The trailer for The Girl With All The Gifts hit the Web this week.


I've never read the book this movie was based on, but post apocalypse, zombie children and Gemma Arterton has my attention. The Girl With All The Gifts releases September 23rd in the UK.


A cool new video game called Asemblance released this week. Developed by a new company out of Seattle called Nilo Studios, this episodic first-person mystery has definitely piqued by interest.


Their site says the game was inspired by The Twilight Zone, The X-Files and Black Mirror, so based on that pedigree I can't help but shell out the ten bucks just on blind curiosity. In fact, my PS4 is currently downloading it as I type this. Asemblance is also available on Steam.
Posted by Jay Clarke at 11:02 AM