It's been a great weekend, and if you're celebrating today with your Pops, have at it! Here's what's been going on this week.


So, another E3 has come and gone, leaving a bevy of upcoming horror titles in its wake. I touched on the Friday the 13th game last week, but there's lots of other things to get excited about.


Sony killed it at E3 with a concise and stripped down presser. Gone were the sales charts, portable pandering and celebrities, it was just as it should be with the games being front and centre. Well okay, there may have been one celebrity - as Hideo Kojima came on stage to announce his new game, Death Stranding.


It's good to see that the promise of P.T. eventually came to something.

We also got to see a lot of Resident Evil 7.


Since the game-changer that was Resident Evil 4, we seen diminishing returns from this franchise, but I think this maybe the shake-up that puts it back on top. It also has 100% PS VR compatibility, so that's a thing.


Lastly, there is Santa Monica Studios, the juggernaut developer responsible for some of the most unique experiences in gaming, announcing their new PS VR project, Here They Lie.


This may be the title that tips me over the edge in shelling out the five hundred bones for virtual reality. It's a brave new world out there.


Toronto based artist Matthew Therrien has recently been unveiling his newest series of drawings online. 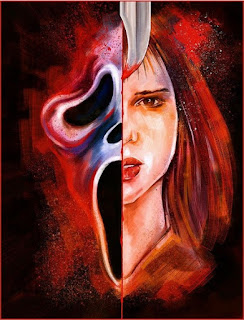 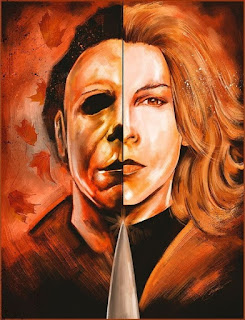 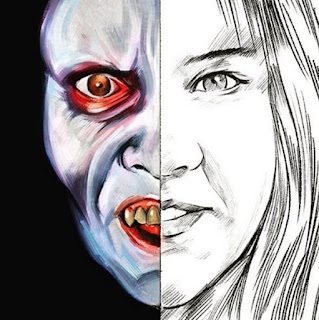 It's such a simple idea, yet so bloody brilliant. You can check out more of his work here.

Feast (On) Your Eyes.


Here's the trailer for the new remake of the infamous H.G Lewis 1963 classic, Blood Feast.


Though it looks a lot more slick than I would expect for anything associated with Lewis' canon, it certainly appears that they didn't skimp on the gore. I don't see a release date yet, but this Halloween would be a good bet.
Posted by Jay Clarke at 1:18 PM

Have you picked up one of these for your backyard?

Ha, not yet. I wouldn't want the old Polish lady who lives upstairs to have a heart attack.