Holy balls, there was huge news in the Toronto horror scene this week.


TIFF shocked the horror scene this week by announcing that, after a twenty year run, Colin Geddes, the long-time head of their iconic Midnight Madness programme, will be stepping down. Having been attending since 2000, Midnight Madness has become a highlight of my horror calendar. Geddes introduced me to some of my favourite modern horrors like High Tension, Ju-on, Inside, You're Next and It Follows.

Fortunately, Geddes will still be overseeing the curation of Toronto's Royal Cinema and the online streaming service Shudder. Taking over the reigns of MM is the highly capable Peter Kuplowsky. He has been programming genre events for the better part of a decade, so he knows his shit, trust me. I'm extremely excited to see his brand of Madness in the years to come.

On the print horror side of things, the Toronto based mag Rue Morgue announced that long-time collaborator Andrea Subissati will be taking over as Executive editor.

Former editor Dave Alexander will be focusing on special projects “involving new partnerships in publishing, merchandising, events and visual media.” Subissati is a fixture in the Toronto horror scene with her involvement in The Black Museum lecture series being of the most interest to me.


Now, onto the sad news that just broke while I was writing this. As of now, it appears that the iconic horror magazine Fangoria has shut its doors. Last night, current editor-in-chief Ken W. Hanley took to Twitter and point blank announced;


“For those wondering: there will likely never be another issue of FANGORIA, especially in print, unless there's new ownership.”


That's a fucking bummer. Hopefully, someone out there recognizes that the Fangoria name has too much brand recognition and history and resurrects it somehow. 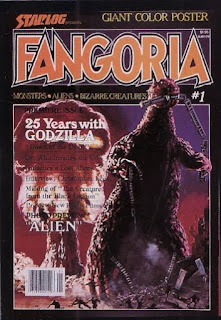 Times they are a changing.


This week, we announced our second Little Terrors anthology collection Galaxy of Horrors. 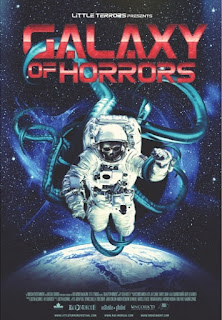 Focusing on science fiction horror, Galaxy features nine stories, including a wraparound segment directed by Justin McConnell. Check out the trailer below.


Galaxy of Horrors will hit VOD on March 7th, and Blu-ray/DVD on May 2nd. The first collection, Minutes Past Midnight is now available.


You know, just when I was breathing a sigh of relief that Paramount's reboot of Friday the 13th had been buried, I heard the most recent news about the new Halloween. David Gordon Green and Danny McBride? Seriously? At least I had some interest when Mike Flanagan was involved. 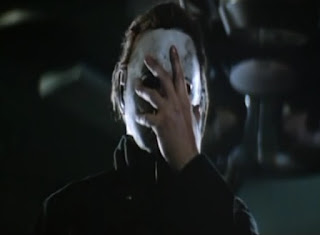 While it is cool that John Carpenter plans on contributing music, instead of just letting a cheque fall into his hand as per usual, I think I'll be sitting out this Pumpkin Express.
Posted by Jay Clarke at 1:13 PM