Welcome To The Family, Son! 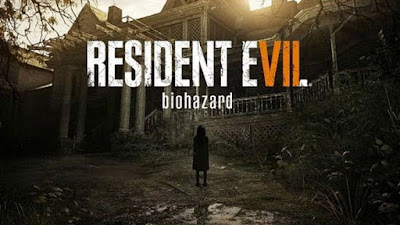 Ethan travels deep into the Bayou to track down his missing wife, Mia who disappeared three years earlier. It is not long before he runs afoul of the Baker family.

After its marquee fourth title, Resident Evil had seen diminishing returns so it was very proactive of Capcom to shift the gameplay to a first-person perspective. This change was immediately immersive and made for a more visceral experience. In previous iterations, I felt like I was hanging with Jill or Leon, but here it definitely felt more like it was me that was on the wrong end of a chainsaw. I can only imagine how much exponentially more terrifying this game is in VR. 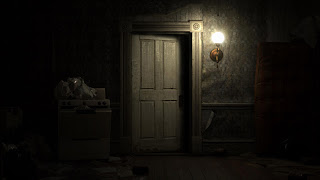 I was struck right away by the obvious influence of Evil Dead and The Texas Chainsaw Massacre and it was over an hour before the game settled into something that resembled Resident Evil. Capcom's efforts to emulate American horror classics have made the subject matter a tad more familiar, as the whacked out and weirdo characters of Resident Evil 4 have been replaced by denizens closer to home. That being said, the environments were terrific and meshed really well with the excellent sound design. 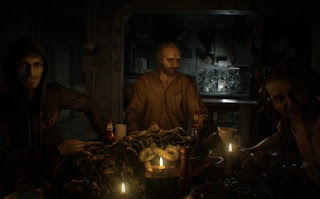 At first I found the combat a little frustrating, but then realized it had just been a while since I'd played a RE title. Constantly killing the same boss multiple times is par for the course in this universe, but I guess it was easier to swallow when it was a Tyrant or Nemesis rather than some old hick. I got into it eventually because it did open up a bit more as the story went along. I do have to say that the defense mechanic still seems a bit ridiculous to me. I can block anything with my bare hands?

I applaud Capcom's decision to bring the emphasis back to horror. While the game isn't as revolutionary as Resident Evil 4 was – RE7 definitely shares some DNA with previous titles like Dead Space, F.E.A.R and Alien: Isolation – it's still, at its core, a welcome return to the origins of the franchise.

Resident Evil 7 was a highly entertaining carnival of horrors made even more affecting by its new format. Let's see where they take it from here. To check out a cool mini-doc about the evolution of the franchise, click here.
Posted by Jay Clarke at 10:00 AM

waooo nice post about "Welcome To The Family, Son!"