I am currently attending the Ithaca Fantastik Film Festival so I'll be out of action for until next week, but I did want to post about the Guillermo del Toro exhibit currently showing at the Art Gallery of Ontario in Toronto. 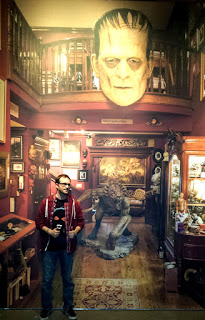 I knew I was in for something really cool, but I didn't expect At Home With Monsters to be so vast and intricate. Not only does it break down del Toro's career and inspirations, but also showcases objects from his immense personal collection of oddities.


The exhibit is broken down into eight main sections, including themes that have permeated his work succh as childhood innocence, insects, death and monsters, both literal and metaphorical. 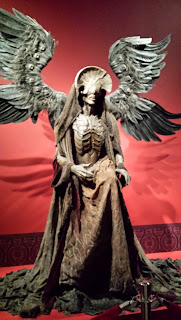 My favourite parts were The Rain Room, a recreation of the one in del Toro’s personal residence  (known as Bleak House after the Charles Dickens novel) where a false window & special effects simulate a perpetual thunderstorm, and the area where comics from every age line the walls from ceiling to floor.


My friend & I stepped in around seven o'clock and I swear we blinked and the loud speaker was announcing the closure of the gallery two hours later. There was just so much to absorb. If you live anywhere near Toronto, you owe it to yourself to check this out before it leaves in the New Year. It is a magical place that will engorge your inspirational monster. 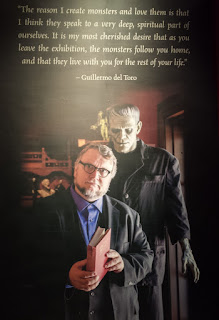