I am back and recovered from my little jaunt last week to New York for the sixth edition of the Ithaca Fantastik Film Festival. I really cannot praise this fest enough. It is a well run, well curated festival that cares about film. Hugues Barbier and his team programmed some real gems this year, ranging from current fest faves like The Endless, Tragedy Girls and My Friend Dahmer to more dynamic and challenging titles like November and The Crescent.

There is a real love of the medium at this festival. These guys don't seem concerned whether their selections are playing to one or one hundred people, they just are happy to showcase the strongest voices in genre cinema. Again, as with my experience last year, IFFF's presentation was on point with another beautifully illustrated programme book. 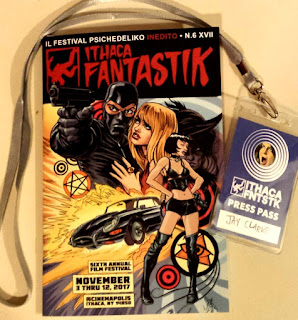 
Towards the end of the fest, IFFF also put on screenings of the new restorations of Gary Sherman's Deathline and Bob Clark's Deathdream, with Sherman and Blue Underground's Bill Lustig in attendance. 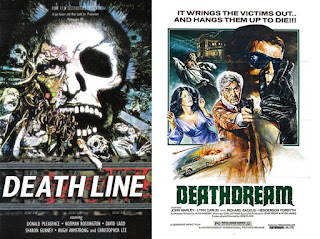 Perhaps the most unique event was the screening of Jean Cocteau's The Blood of a Poet with live music from local musician Anna Coogan. That was a real treat, as I'd never seen the film before, let alone accompanied by a haunting score.


IFFF doesn't just give festival goers great programming though, they also go out of their way to put on other fine events off-site. After Suspiria, there was a bar meet-up that included a live set by a band called MSZM and on Friday night, there was a horror trivia game that my compatriot & I absolutely crushed. We Canucks took home this sweet poster as a prize, along with bragging rights. 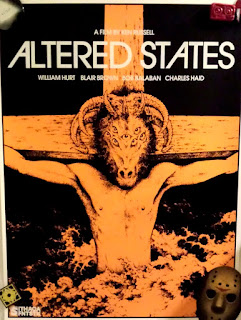 It was a truly amazing five days. I met a lot of new people who I'm sure I'll see again at subsequent festivals for many years to come. In amongst all the IFFF stuff, my travelling companions & I also got to walk some gorge, pay our respects to Rod Serling-- 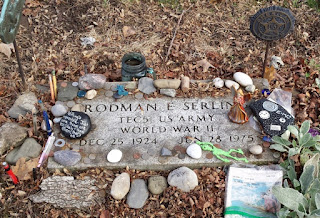 --and I even managed to snag this little treasure from a used bookstore. 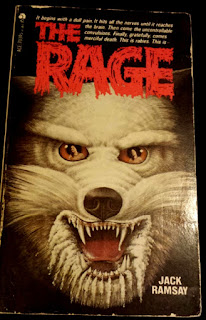 I really love this town. Ithaca is beautiful in the fall and I love its cheesy Dad-joke plays on words everywhere like the local barber shop “Ithacuts” and tourist paraphernalia marked--

Tomorrow, I'll sound off on my favourite film of the fest, followed on Thursday by a rundown of IFFF's varied short film programming. Till then, stay safe kiddies.
Posted by Jay Clarke at 10:00 AM