My latest stab at ‘the pile’ was something that had been in there quite a while. I’ve had Hershell Gordon Lewis’ The Gore Gore Girls since April, but hey, at least it didn’t take me as long to watch as The Wizard Of Gore did. 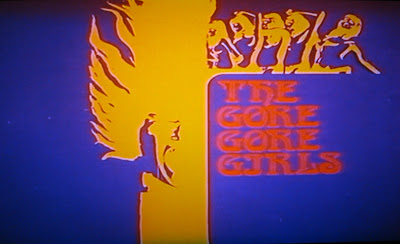 If I had to describe The Gore Gore Girls in one word, I would say ‘RANDOM’. There is just so much weird stuff going on in this movie. You could pick it to pieces, but I realized early on that everything HAD TO BE intentional – with everything from the protagonist being a douche to the waitress’ hair & clothing changing every time she goes off screen – so you really just have to go with it. I mean if you're a fan of H.G. Lewis, you are used to low production values right? There is a murder mystery in here somewhere, amongst all the keystone cops crime scenes and go-go dancing sequences. Of course, I'd have been all-in with the latter, if the ladies had been a little more… you know… comely. Then again, I do watch a lot of giallos overflowing with European beauties, so it is possible I’m just spoiled. Speaking of giallos, The Gore Gore Girls is one in spirit really, but unfortunately doesn’t have any of the visual flair that comes with said subgenre. I will say that Lewis doesn’t waste any time with the red stuff, as it's flowing by the fifteen-second mark. It is safe to assume that Lewis knew his audience by then (Girls was the last film he’d make for thirty years, before returning with Blood Feast 2 in 2002) and was smart to begin with a splash of colour. The gore set pieces are definitely the most extreme of Lewis’ works, but I don’t know if they come off as well as in previous efforts like Wizard and The Blood Trilogy. 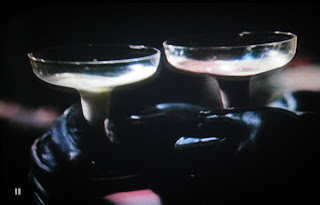 It’s pretty clear from the outrageousness that ensues in The Gore Gore Girls that is not supposed to be taken seriously. In fact, with all the mugging to the camera - I almost expected Mr. Roper to show up – I sometimes wondered if it was a comedy at heart. I didn’t actually realize that Gore Gore Girls was supposed to be a riff on Go-Go Girls, until I listened to the commentary. I guess that explains why it was released as Blood Orgy in some markets. It’s so funny (and again, random) that Henny Youngman is in this movie. I’d just referenced him earlier this month when talking about Freddy Krueger. I hadn’t thought of the king of one-liners for years and then he comes up twice in one month. That guy cracks me up. Lastly, I have to comment on the climax, which was pretty hilarious. I actually had to run it back a few times to figure out how exactly the killer met their end! 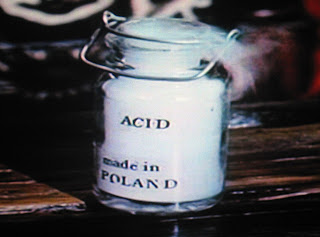 It's good to be known for something...

Though The Gore Gore Girls is not H.G. Lewis’ best work, its over-the-top gore and overall randomness make it an enjoyable watch. So, that’s another one down. I’ll leave you with this; one of the greatest pieces of Foley ever put to film. I could watch this all day!