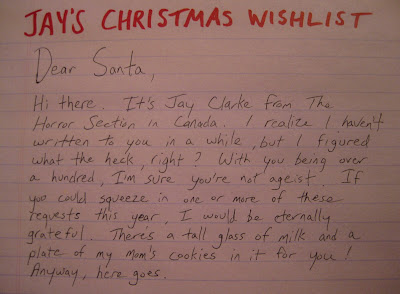 Come on, Magnet. What the eff? Sure, you made amends by re-releasing the DVD with the original subtitles, but what about the Blu-ray? How much would it really cost you to run off a few of these for us? If TMN-HD can play the movie in its original format, so can you. Do the right thing Magnet. The high-definition consumer wants – nay – demands it. And now Santa is watching!

Honestly, things are getting out of hand. It’s like people seriously can’t distinguish between a movie theatre and their own living rooms anymore. I was thinking about this idea the other day. How about if there was a number you could text to alert an usher? Yes, I’m aware that texting during a movie goes against the very thing I’m trying to combat here, but this is surely the lesser of two evils. If you could text a code to a designated number that rings customer service, they could then send someone in to sort it out. I don’t want to sound like a playground tattletale here and throwing someone out during a movie might be an even bigger disruption, but SOMETHING has to be done about this. Am I right?

Now, we could debate the merits of remakes until the cows come home, but I think it’s pretty clear by now that Michael Bay’s bastard of a production company is a festering turd that needs to be flushed. Waving the impressive Jackie Earle Haley & Katie Cassidy in front of me in their flashy Elm Street trailer doesn’t fool me for a second. Like Freddy Krueger, we collectively need to turn our backs, so they lose their power. Yes, I could go on ignoring them like I have been, but this IS a wishlist after all.

You 'clever' screenwriters are going to have to find an alternative way to blow our minds. There have been amazing films that have implemented this in the past, but it’s time to move on and find a new cliché.

I’ve been saying for years that this Herbert's works are begging to be brought to the screen and is a resource that has remained relatively untapped. What I REALLY want to see though, is his Rat Trilogy tackled by someone like Peter Jackson, or anyone with ties to WETA. While it is true there was a 1982 Canadian film – which you all know I think is awesome – based on the first book ‘The Rats’, that was just the tip of the iceberg. Someone get on this!

I find this increasing shift away from practical effects very distressing. There is some shitty CGI out there – in productions big and small – and it’s becoming a real distraction. I realize it is a cost saving measure, but you are ultimately hurting your movie. Let me be clear. Cheesy visual effects can be endearing, but those cases are few & far between and ESPECIALLY not when they are out front and center. I saw this horror movie called The Rage recently and there were these CG vultures that were just unbearable. Granted, the movie wasn't good regardless, but if you can’t pull them off properly, then re-write your script so they are not onscreen every five minutes. 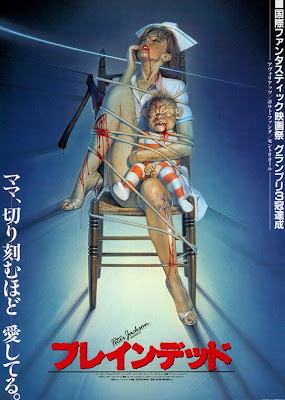 Great list there. Unfortunately I doubt I myself will be strong enough to resist the siren's call of Jackie Earle Haley as Krueger. But considering the only money Platinum Dunes has ever gotten from me was my three dollar rental fee of Friday The 13th, I think I've earned myself a mulligan.

You brave soul... Let me know how it is.

ask Santa to bring you a copy of the UK 'Let the Right One In" blu-ray while you're at it -- not only does it have the correct subtitles and an english language commentary track, it's also region free. you can find it on amazon.co.uk... http://www.amazon.co.uk/gp/product/B002BMZZM8/